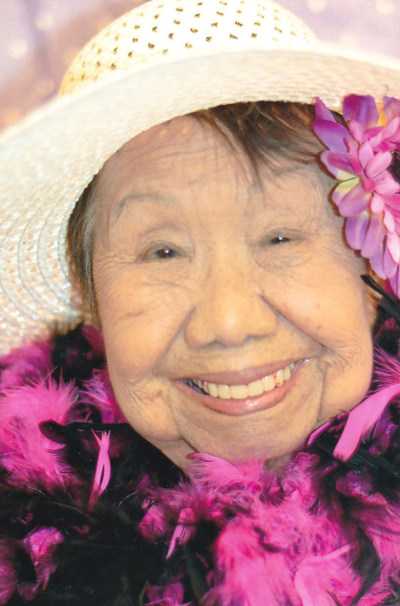 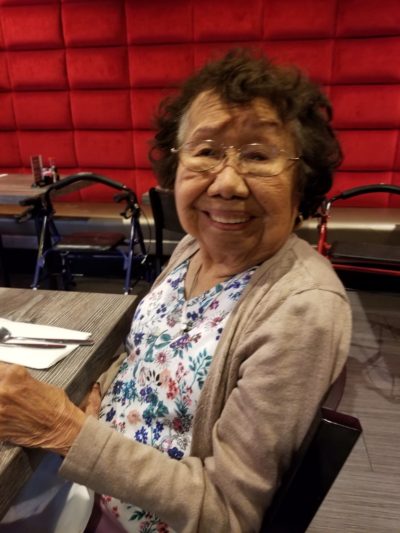 Yo is survived by her husband, Frank Shimizu, her children Scott and Cheryl Shimizu, and her grandchildren, Mandy, Casie, and Johnny.

Yo was an inspiration and light wherever she went. Born and raised in Los Angeles, she graduated from Hollywood High School in 1940 and earned her associate’s degree shortly thereafter. In 1942, her family was sent to Heart Mountain Relocation Center, a Japanese internment camp in Wyoming, during WWII.

Upon release from the camp, Yo’s family relocated to Chicago, Illinois. It was here that Yo worked at Kemper Insurance and then Arthur Young Accounting Firm. Outside of work, she was an active member of the Christ Church of Chicago. Chicago is also where she chose to get married and raise a family. Described by her children as the best mom, she made sure her kids had every opportunity she could provide.

After retiring, Yo and Frank moved to the warmer weather in Citrus Heights, California. She was always at the center of the fun with her friends, whether she was throwing a Halloween party or going out dancing. Yo and Frank also used retirement to see the world and spend time with their grandchildren.

Eventually, Yo and Frank relocated to Phoenix to be closer to their daughter. It was there, they adopted their loyal canine companion, Chibi. Despite being in a new place, Yo made friends and remained the life of the party. The staff at her final home, recall that she was always positive, never complained, and was loved by all who were lucky enough to meet her.

The family plans to hold a private ash scattering ceremony in Arizona at a later date per Yo’s request. In lieu of flowers or cards, please comment online at Bueler Mortuary: https://buelermortuary.com/.