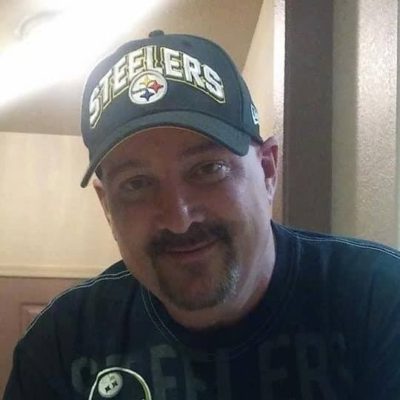 William Edward (Bill) Seitz, 55, of Chandler peacefully returned to the warm embrace of God February 22, 2018 after his struggle with brain cancer. His smile, love and joy will be missed by all who knew him and by everyone he met. Bill leaves us to join the heavenly company of his grandparents Jim & Peg Dixon and Gustav & Cecilia Seitz along with his cousin McKenzie Dixon and his beloved Uncle Harold. He is survived by his daughter Jessica Anderson (Jake) and the loves of his life, his grandchildren Kadyn, Kyla and Kayson, along with his parents Bill & Peggy, his siblings Mark (Carol) and Jennifer, his niece Kaitlyn Brown (Mason), nephew Billy, his great-niece Kiyah, his buddy A.K. “Maxwell” Hassan, and many aunts, uncles and cousins. Bill loved life. He enjoyed spending time with his family and friends. In the months leading to his passing, his days were made brighter by those that visited him. He loved music and said on more than one occasion that he couldn’t imagine a life without it. A legitimate audiophile, he constantly surrounded himself with music and he liked it loud. His idea of a good day was a hearty breakfast burrito, working with his friends, a trip to Barrett-Jackson to look at fast cars, a stop at Goodwill and an evening spent with family. He will always be gratefully remembered by his family for the loving care he took of his grandfather Jim in the ten years following the passing of his grandmother, a responsibility he felt was an honor. Bill leaves volumes of memories from his life for his loved ones to share. May the pain of Bill’s passing be soon replaced by the joy of those stories and of the glow of the love he gave freely to all who were privileged to know and share part of their lives with him.
His family is very thankful for loving care by his nurse Jeanne, his caseworker Barbara, Eugene and the staff of Desert Garden Assisted Living and Hospice of the Valley, along with the many compassionate doctors and nurses who joined him in his fight against cancer.
Services to be held at Bueler Mortuary in Chandler, AZ on Tuesday, February 27th. Visitation will be at 10:00 am, followed by a service at 12:00 pm. Bill will be laid to rest at Queen of Heaven Cemetery Mesa, Arizona.