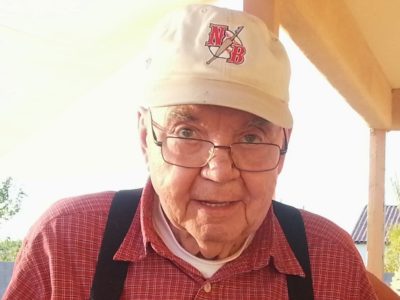 Our beloved William “Bill” Carter was called home peacefully late Tuesday evening, Jan 28th, at his home in Chandler. Bill, who was affectionately known as “Papa”, spent his last earthly days surrounded by family and friends who comforted him and celebrated his life and legacy.

Bill was born on March 30th, 1932, in Grand Rapids, Minnesota to William and Fawn Carter. He grew up in Cohasset, MN with his brothers, Eugene and Glenn, and his sisters, Ruth Ann and Bobbie Lou. He served in the Navy and was proficient in electromechanics. He was a savvy businessman who started and ran many businesses, including the local Foster Electric. He also had an amazing skill and passion for woodworking and created beautiful pieces for his own home, as well as priceless gifts for his family and friends. Bill was a caring, hard-working, and generous man, who taught valuable life lessons that will continually affect the lives of those who knew and loved him.

He is survived by his 4 children, Jody, Todd, Jill & Shelly, and their spouses, 12 grandchildren, and 15 great grandchildren. He was preceded in death by his love and mother of his children Mary Ann Carter, his son Tony, and his grandson Wyatt.

A celebration of Bill’s life will take place Saturday, February 8th, at 11 a.m. at Life Community Church on the SE corner of Cooper and Ray in Gilbert.

Bill was a proud American – a patriot who loved his country, supported the military, and loved football and all things Minnesota Vikings. In lieu of flowers, please consider a donation in his name to the Wounded Warriors or Pat Tillman Foundations.