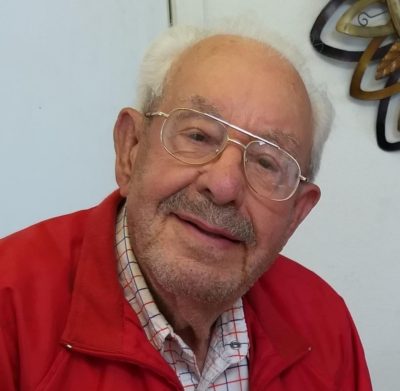 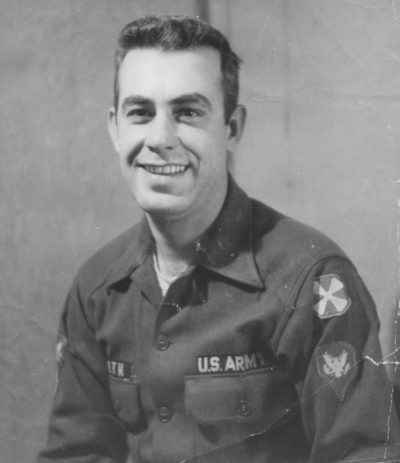 Willard was born on April 13, 1923, in Parkers Lake, Kentucky, and was about to celebrate his 98th birthday, a little shy of his goal of 110. He grew up as a poor farm boy whose father was a coal miner and then a farmer. But he learned to work hard and developed many skills working on the farm.

He graduated in 1942 from Waynesburg High School along with about 15 other graduating seniors. He was the only one in his family to graduate from high school.

After graduating he worked two different jobs in Cincinnati, OH.  He then enrolled in a government training school which took him to Hartford, Connecticut where he was hired by General Electric Company. There he met Winifred Emelia King at a mutual friend’s family gathering. They were married in Whitley City, KY in May of 1943, after bringing her home to meet his family. Shortly thereafter he volunteered for the draft and entered the United States Marines. In 1946 they had a daughter and named her Judith Ruby.

His second marriage was to Rena Mae Charette on September 30, 1953, in Manchester, CT. They were blessed with 4 children. They were married for 66 years prior to Rena’s death in October of 2019. She had dementia in her final years and he sacrificed a lot giving her full-time loving care.

Lee’s military career also included a short time in the US Navy before joining the Army. He served in the Korean and Vietnam Wars and two tours in Germany.  He initially worked as a combat engineer, building roads and bridges. But his favorite military assignment was teaching Atomic Demolitions to select Army personnel at West Point Military Academy in NY and then later in Ft. Belvoir, VA. He was always proud that he served in three branches of the military during three wars and that his two sons who were in the military.

Lee, along with the whole family, converted to The Church of Jesus Christ of Latter-day Saints in August of 1970 in Alexandria, VA. The family was sealed for time and all eternity in the LDS Swiss Temple in 1972 after being transferred to Frankfurt, Germany.

He retired from the Army shortly after his next transfer to Ft. Riley, KS, after 26 years of service. With less than five years as a member of the church, he was called to be the Bishop of the Junction City, KS ward, and helped to build the first chapel there. He helped the ward to raise a percentage of the total construction costs and also provide help with labor.  He held many callings over the years including Stake High Councilman, Stake School Superintendent, and later enjoyed eight years of service to the incarcerated members at the Arizona State Prison, north of Douglas. It was over 50 miles away and he served once during the week and also on Sunday.  He loved getting to know the men and helping to strengthen them in the gospel.

After retirement in Kansas, Lee enjoyed creating a new life for himself and his family. Many different occupations and many different locations, left Lee and Rena with never a dull moment of opportunity, hard work, enjoyment, and much success.

As the years zipped by, they found themselves again in Arizona. When Rena passed away in 2019, Lee was invited to move in with his daughter, Debbie. In his final years, he spent his time studying politics, science, religion, and other captivating topics.  He worked out at the gym with a personal trainer two times a week, enjoyed lunch daily with all the friends he made at the Senior Center (till Covid), got to enjoy grandchildren and great-grandchildren, attend the temple, continue to drive, and live a full life. He will be missed by all his family and friends.

Visitation will be on March 30th at 9:00 am, followed by a funeral service at 10:00 am at The Church of Jesus Christ of Latter-day Saints located at 1950 West Galveston Street in Chandler, AZ. A private family burial will take place the same day at 1:00 pm at the National Memorial Cemetery in Phoenix, AZ.

The service can also be viewed live through Zoom by clicking on the link below: