Tiffany Aujie, 73, of Phoenix passed away on January 14th in Chandler where she lived with her son and daughter in-law. Daughter of Theresa and Samual Lanza, Tiffany was born Rita Ann Lanza in 1944 and as we would all learn, she was a strong and opininated woman. As a child, her dad’s Air Force career had them traveling all over the United States and at one point living in London, England. She attended boarding school in London, visiting her parents only on the weekends. At 14 she became a sister when her parents adopted a baby they named Mary Lanza. The family moved back to the states where Tiffany would often visit her family both in New York and in California and loved having so many Aunts, Uncles and cousins. Tiffany married early in life to Robert Krautheim and the two of them had two wonderful children, Michelle the oldest and Robert a few years later. Tiffany later divorced and raised her two children by herself, with help from her parents, in Glendale Arizona. Always the fashion forward, independent woman, mom then decided she wanted to re-invent herself and changed her name to Tiffany Aujie. Being the sole provider, Tiffany excelled at being detailed oriented while running professional offices and later found her calling in real estate management. A two time breast cancer survivor, Tiffany loved working which she did into her 70’s, shopping for watches and boots and driving her 1979 Datsun 280Z she kept and drove for 25 years. In 2016 she was diagnosed with stage four lung cancer and fought the disease through radiation and chemotherapy. She was found to be cancer free for only a brief time and found herself battling for her life again. On January 14th of this year she lost her battle to cancer. Tiffany is survived by her son Robert and wife Vicki, her daughter Michelle and husband Jerry along with their seven children and 10 great grand children, her sister Mary and her two children. On January 19th family and friends came together to share stories and celebrate her life that will always be remembered and missed. 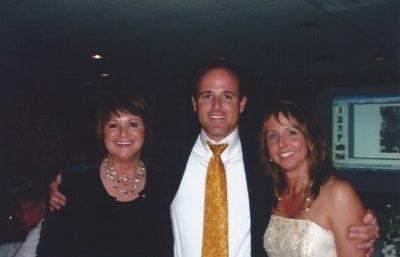