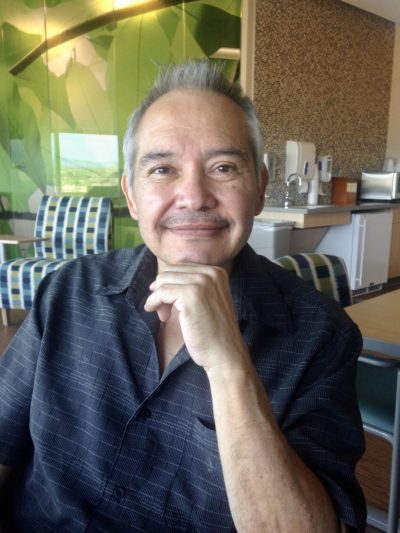 Rudy Flores, 58 from Albuquerque, Mew Mexico passed away on Tuesday, February 7, 2017 at his home in Phoenix, Arizona. He is survived by his wife, Lori Flores of 37 years and his 3 children, Chad Flores and wife Jessi, Loretta Michelle Flores, Stephanie Flores along with Grandson Cooper Rudy Hammond. HE was the son of Louis Flores and the late Eleanor Flores. He is also survived by his 4 siblings, Daniel Flores and wife Alexa, Robert Flores and wife Linda, Ceci Stott and husband Pat along with Tess Flores and husband Tom. He is preceded in death by brother Louie Flores. Rudy was raised in Albuquerque, New Mexico, married his High School Sweetheart Lori and resided in New Mexico for 20 years prior to relocating to AZ in 1999. Rudy had a love for the outdoors and loved camping, fishing, and hunting with bow and arrow. He shot game in New Mexico and Arizona including his prize Elk “Trick”. He enjoyed golfing, bowling, cooking and most of all his family. Rudy loved traveling with his wife Lori, working on cars and projects with daughter Stephanie, watching and helping daughter Loretta Michelle  race her motorcycle, hunting and camping with son Chad and spending quality time with his very special Grandson Cooper Rudy Hammond. Rudy was a kind hearted soul that touched many people. He had an inviting smile for every person he met regardless of his circumstances. He was loved by many and will be missed so much. He loved his Therapy Dog Lucas as Lucas watched over him and consoled him on his most difficult days. Because of the connection between Lucas and Rudy, memorial donations may be made to Pets on Wheels http://petsonwheelsscottsdale.com/  In lieu of flowers. Please notate:

Donation in memory of Rudy Flores.