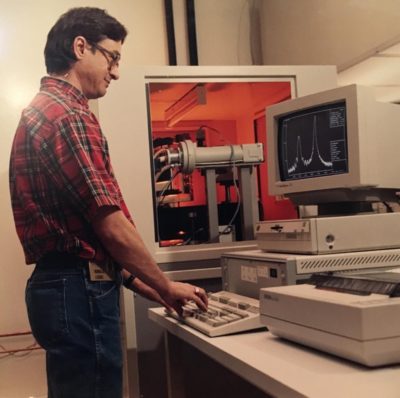 “Oh! I have slipped the surly bonds of earth, and danced the skies on laughter-silvered wings.”

Ronald N. Legge, scientist, inventor, educator, husband, brother, uncle, and friend passed this life to the next on February 9th, 2017.  Ron will be greatly missed by all who knew him as the man who made all of our lives better.  He started out this life as a typical child growing up in Ferndale, Michigan.  During that time he was honored to serve as the elementary school’s crossing guard. This was diminutive in comparison to the honors that he would eventually receive, but this was a memory that he always cherished.  Ron graduated from Wayne State University with a Ph.D., in electrical and computer engineering, and a master’s degree in mathematics.  He truly was the quintessential intellectual. Upon graduation, Ron took a job with Motorola in Phoenix, Arizona, where he served as a Senior Staff Scientist within the Solar Energy Group in conjunction with serving as Adjunct Professor within the Electrical Engineering Department at Arizona State University.  He retired from this post in 2002 as the Head of Corporate Research Development. During his time with Motorola, Ron patented many inventions that revolutionized the world.  Ron was truly a man of many achievements, but did so in an unassuming way. When Ron was not busy inventing or reinventing the world, as the case may be, he had many interests that included; hiking, racquetball, and coaching softball.  He inspired many when he hiked the Grand Canyon rim-to-rim a total of three times. The rim-to-rim hike is a classic bucket list adventure, and is no stroll through the park. To be sure, Ronald was in his best shape ever to complete such an endeavor. In 2002 he married Vicki Lee Nelson, whom he met at a Thanksgiving dinner at the home of Jonathon and Karen Andell. The moment that they met he knew that he had to spend the rest of his life with her.  In a spring wedding they became husband and wife. Vicki survives Ron at home. In addition, Ron is survived by his sister Gayann (Mark) Lankin of Ferndale, MI, nieces Jennifer (Tim) Tanason, and Anna (Brian) Ellsworth.  Also survived is a brother, Robert D. (Angela) Legge of Royal Oak, MI, and nephew Robert A. Legge, and an uncle, John Hochrein of Dexter, MI and many cousins. Ronald was preceded in death by his Mother, Bernice (Fellows) Legge, Father Robert C. Legge, Sister, Diana D. Legge, Grandparents, Charles and Bertha Legge, and Bernard and Ethel Fellows. Service time and date are to be rescheduled at a later date. We apologize for any inconvenience this may have caused. In lieu of flowers contributions can be made to a charity of your choice. “The things you are passionate about are not random, they are your calling”. Ronald believed that you need to follow your calling.