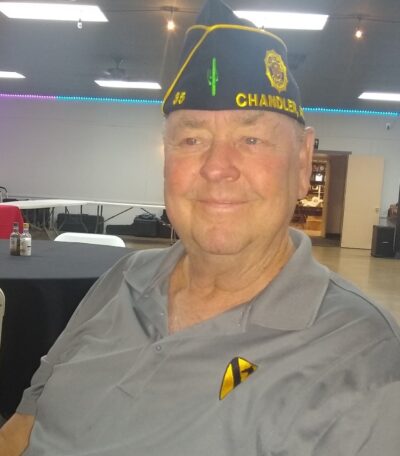 Robert Allen Inman, age 79 of Chandler, Arizona, a devoted and loving father, passed away on Thursday, December 9, 2021, surrounded by his family. He was a Korean veteran and was proud to serve his country. He loved living in Arizona and made it his home with his family when he moved from Chicago. He loved traveling, and he was always taking road trips visiting all the beauty of Arizona. He was a very giving and caring father and grandfather and did the best for his family.

He was preceded in death by his wife, Donna Inman, and is survived by his children, Sherri Inman, Keith Inman, and Traci Cracraft. Son of the late Otis and Dale Inman. Sibling of Larry Inman (deceased) and Jacki Anderson (IL). Grandchildren, Samantha, Brandon, Savanna, and Taylor, seven great-grandchildren along with his daughter-in-law, Gail Inman, and son-in-law Roy Cracraft.

A graveside service will be held on Tuesday, January 11th at 10:30 am to celebrate his life at the National Memorial Cemetery of Arizona, at 23029 N. Cave Creek Road, Phoenix, AZ 85024.

“The righteous man walks in his integrity;

His children are blessed after him”