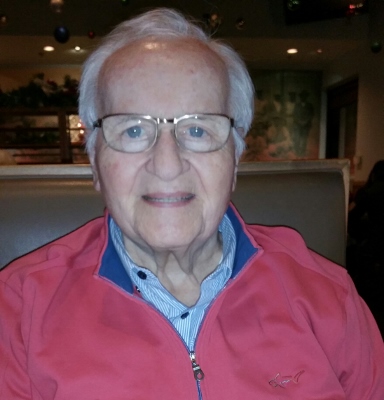 Orie Jack Ballion, 85, of Sun Lakes, AZ, formerly of Decatur, IL, passed away on Saturday, January 9, 2016 at his home in Sun Lakes, AZ from complications of cancer. Jack was born on September 7, 1930 in Taylorville, IL to Emanuel and Juanita (Ferguson) Ballion.

Jack spent his primary years in Springfield, IL in the care of his grandparents and his secondary years in Taylorville, IL. He graduated from Taylorville High School in 1950.  After high school, Jack continued his education to receive a Bachelor of Arts in both History and Psychology from Millikin University Decatur, IL in 1954. Jack is also a graduate of the IL Bankers School at Southern IL University and the Graduate School of Banking at the University of Wisconsin – Madison. Jack was drafted into the US Army during the Korean War in August 1952. He served as a photographer and was present for 11 atomic bomb tests.

Jack married Jane (Doak) on May 25, 1957 in Decatur, IL; they were happily married for over 58 years. Jack was a member of Westminster Presbyterian Church, where he served two terms as Deacon. Jack was particularly proud to be a table parent for the LOGO’s Children’s Program. Jack enjoyed spending time with his family, historical travels, photography, sharing his “War Story Orie” stories with friends, reading and tending to his lawn and flowers.

Jack worked, in various positions, as a banker for the former Citizens National Bank for almost 40 years. Following his retirement from banking, he renewed his teaching certificate and substituted at Decatur, IL and area schools for almost 10 years.

Jack is preceded in death by his parents Emanuel and Juanita Ballion, grandparents, cousins, other family and good friends.

The family of Jack wishes to thank all of the many people that touched his life and gave him extra special care and attention.