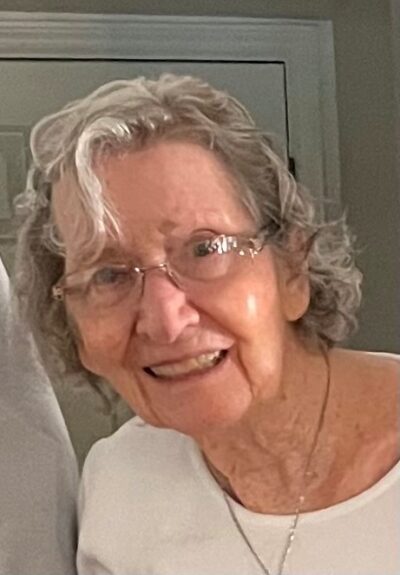 Mary Jane Barr, 93, passed away on November 4, 2022, at Solterra Assisted Living Center, Chandler, Arizona.  She was born in Milwaukee, Wisconsin, to Jules Lucien and Estella Frances (Stella) Proskine (nee Sellers) and had an older sister, Jule Marie.  Mary Jane graduated from Washington High School in Milwaukee, Wisconsin, and obtained her baccalaureate from the University of Wisconsin, in Madison, where she was involved in the Finance Society, one of only two women in the club.  While at UW, she met her husband, Theodore Richard (Ted) Barr. Married shortly after finishing college, Ted and Marry Jane had a daughter, Pamela Ann in 1955.  They lived in Menomonee Falls, Wisconsin, until the mid-70’s when they moved to Deerfield, Illinois. After her husband Ted passed away in January 1983, Mary Jane attended College of Lake County in Illinois and DePaul University in Chicago, eventually becoming a Certified Public Accountant. Since Pam had moved to the Phoenix area to attend ASU and remained in Arizonaafterwards, Mary Jane eventually also moved south and bought a house in Tempe. While in Tempe, she became a licensed realtor. Mary Jane took pride in her ability to support herself after becoming widowed at a relatively young age. She enjoyed sewing, playing bridge, and hiking, and especially enjoyed traveling including several trips to Europe. In addition to Ted, Mary Jane is predeceased by her parents Jules and Stella, her daughter Pam, her sister Jule Marie, and her niece Marycatherine Proskine. She is survived by her nephew Jon, sister-in-law Audrey Barr, and several nieces and nephews on her husband’s side of the family. A memorial service in plannedat Mission de Sol Presbyterian Church in Tempe, Arizona, on January 27, 2023, at 10:00 AM. She is being laid to rest alongside her husband and daughter at the columbarium at the Mission de Sol Church.