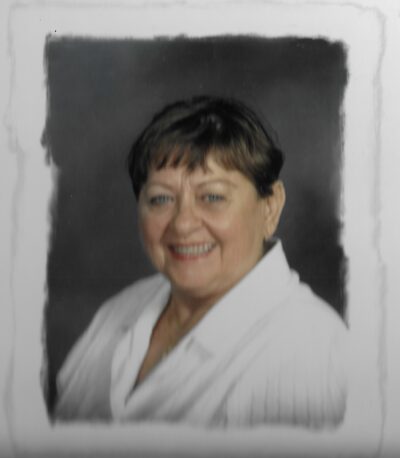 Martha was brought to this earth by her earth mother Martha Schyma Netter. And her father Joseph Netter of St. Cloud Minnesota. After high school, Martha went to Airline School in Kansas City, MO. She was hired by Western Airlines and received more airline training in Los Angeles. She was initially assigned to San Francisco but shortly was transferred to Minneapolis. She worked there for 20 years in reservations and at the ticket counter.

In August 1974, Martha transferred to San Diego. On August 17, 1974, she and Harry Stanton were married at Our Lady of Guadalupe Catholic Church in Chula Vista, CA. For the next 20 years she continued to work for Western and Delta Airline when Delta acquired Western. She had a total of 29 years, 11 months and 26 days service with Western. She worked at the ticket counter, at gates, in Lost and Found and the downtown sales office.

In November 1994 Martha took a 5 year buyout from Delta. She and Harry then started another part of their journey of life. They built a retirement home and moved to SunBird Golf Resort in Chandler, AZ.

Martha was a member of the Legion of Mary and The Marthasof St. Stephen’s Catholic Church. She and Harry were members of the Fleet Reserve Association, the American Legion, the Veterans of Foreign Wars and the Cooties. She donated her time to help hospital patients. She made cord rosaries for Fr. Klieberto give to patients at the VA Hospital in Phoenix. She made blankets for premature babies at St. Joseph’s Hospital. She was also a member of the Lion’s Club donating time collecting items for Packages From Home for the military overseas.

Marti boarded her final flight home to be with the Lord on April 23, 2022. She will be dearly missed by family and friends.

A Mass of Christian Burial will be said on May 5, 2022 at 10:00 AM at San Juan Diego Catholic Church in Chandler, AZ. Visitation one half hour before. Burial to follow at the National Memorial Cemetery of Arizona, Cave Creek, AZ. In lieu of flowers, the family requests donations be made to Hospice of the Valley, Lund House.