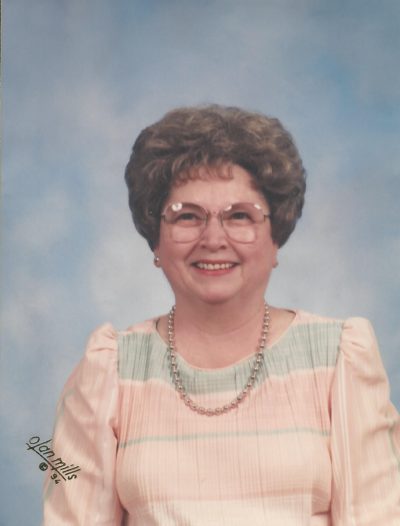 Maevis E. Ferency, 87, of Sun Lakes, AZ departed this life on Friday, February 10th, 2017 surrounded by her three children, two of her sisters and other loving family members.  Born Maevis Beaudette in St. Andrews West, Ontario, Canada during the depression, she grew up in a family of 4 sisters and 2 loving parents, Charles and Diana Beaudette.  As a child, she lived on a farm and could remember driving a team of horses carrying fresh milk to the cheese factory.  Her sisters were her best friends and a constant source of joy to her. After World War II, she met the love of her life and her husband of 52 years, Steve Ferency.  She was introduced to him by her cousin and, mistakenly, thought he could never be serious about anything.  But serious he was.  It was one fateful night that he turned to her, looked lovingly into her eyes and asked her how much money someone should have before they got married.  She laughed, said she would marry him and they began their adventurous life together. They were married on a hot day in July and 11 months later, their first child, Karen was born.  The next year, a son, Steve was born, and five years later, Julie, completed the family. Maevis loved her family and her relationship with God.  She was a mother who taught selflessness, the difference between right and wrong, tolerance and forgiveness.  She was a wife who was devoted to her husband and created a home and family for him.  He adored her for that.  As her children married, she became Gramma and then Great Gramma.  She lost her husband to cancer and missed him every day, but remained fiercely independent and a staunch Republican. She loved golf, sewing, dancing and Fox News.  Most of all she loved her family. She was a devout Catholic and a member of St. Steven’s Catholic Church in Sun Lakes, AZ.  She always said that if there was one thing she could pass on to the younger generation, it would be to keep God in one’s life.  Her faith was important to her and helped her get through her final days at peace. A funeral mass was held for her at St. Steven’s Catholic Church in Sun Lakes and her final resting place will be St. Francis Catholic Cemetery in Phoenix. Maevis is survived by her three children, Karen Oliver (Randy), Steve Ferency (Lisa) and Julie Matson (Hubert).  She is also survived by three sisters, Rayonne Primeau (Melvin), Darleen Worth (Richard), Claire Bonneville (Larry, Deceased) (Dale Steele) and a sister-in-law, Margaret Revier (Don, Deceased). She is survived by her grandchildren Jon Tedesco (Fabiola), Erica Tedesco (Darren Jenkins), Matthew Ferency (Michelle), Diana Ferency, Jillissa Ferency, Lauren Ferency and Jenna Matson. She has 4 great grandchildren, Griffin, Ashley, Drew and Garrin Ferency and is also survived by several nieces and nephews. Also surviving are 2 step-granddaughters, Lisa Oliver and Angie Davis (Chris). She has 2 step great-grandsons, Noah and Connor Davis.