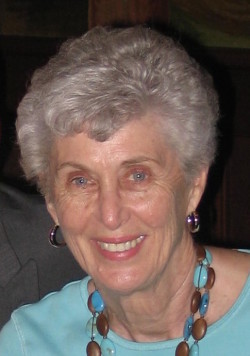 Linda and Bart met in Los Angeles, CA where they worked, and were married in Las Vegas, NV on September 3, 1960. They were sealed together as husband and wife for time and eternity in the Oakland, CA, Temple of the Church of Jesus Christ of Latter Day Saints (LDS) on April 19, 1988. They have lived in Chandler, AZ for the past 19 years and attended the Pleasant 3rd Ward of the Chandler AZ West Stake. They celebrated their 55th wedding anniversary in 2015. She was very active in the church and served in many callings. She especially enjoyed serving as the secretary in the Relief Society Presidency. She worked very diligently compiling her family history and performing saving ordinances for many of her ancestors. She was also active in the Indexing Program. Linda worked as a bookkeeper from the time she was married (while raising four children) until she retired at the age of 65. She loved her grandchildren and enjoyed playing games with them and making quilts for the little ones. She was a great seamstress and homemaker. She will be sorely missed by all who knew her! Funeral Services for Linda will be held Saturday, January 16, 2016 at 11:00am with a visitation 1hour prior at the LDS Pleasant Ward Building 800 W. Chandler Heights Blvd. Chandler, AZ 85248.