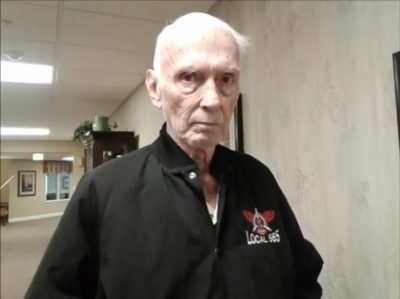 Lennon H. MacDonald passed away peacefully on May 14th 2018 at Copper Creek Inn in Chandler Arizona after battling Alzheimer’s Disease for several years. He was 77 years old. He was preceded in death by a brother, Paul MacDonald, sister Nadine Slusser, and ex wife Nancy (Bowyer) MacDonald. Lennon was born Dec. 4th 1940 to Harold F. MacDonald and Elva Mae (Ingram) MacDonald in Bay City Michigan. Lennon grew up in Kawkawlin Michigan and graduated from TL Handy High School. He enlisted in the United States Navy and was stationed at Andrews Air Force Base in Washington D.C. for 4 years and honorably discharged in 1967. In 1968 he graduated from Spartan School of Aeronautics in Tulsa Oklahoma. Lennon worked as an aircraft maintenance technician for over 40 years, having worked for Western and Delta Airlines. He completed his career by  working for American Airlines. He retired in 2012 at the age of 72. He is survived by three children; David (Tracy) MacDonald VA, Scott MacDonald AZ, Maureen (Sean) Corder UT; brothers Jerry (Diann) MacDonald and James (Kathleen) MacDonald of Bay City; three grandchildren, Matthew, Alex and Forrest MacDonald, as well as several very special nieces and nephews. Len enjoyed traveling with his children and visiting friends and relatives all across the country. His charm and sense of humor will be missed by all who knew him. A family memorial is pending.