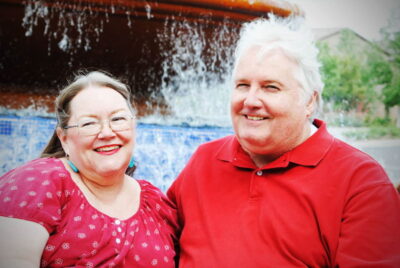 Kristen Matheson Shumway was born in Tucson, Arizona on February 20, 1950 to Ouida May Lofgreen and Mac C. Matheson. She lived in Tucson as a child and attended elementary and junior high school. In 1964, much to her dismay, Kristen’s family moved from Tucson to Mesa, where she attended Mesa High School and graduated in 1968. As an adult, she briefly attended Brigham Young University and Mesa Community College until becoming a full-time stay-at-home mom. When her youngest children were in high school, she returned to school. In 1999, she received her Bachelor of Arts in secondary education from Ottawa University.

The day after Thanksgiving in 1971, she met the love of her life, Bill Shumway, at the LDS Institute of Religion in Tempe. After dancing their way through a whirlwind courtship, they married on March 31, 1972. Their first daughter Julie was born in October 1973. Following her birth, Bill joined the Air Force and they moved to Austin, Texas where son Aaron and daughter Valerie were born. They returned to Arizona in 1977, wheretheir youngest daughter Karen was born in 1979. In almost two decades, they were stationed in Texas, Colorado, Arizona, and Alabama.

Kristen was an artist and dreamed of being a fashion designer. She also loved to dance and dreamed of being a ballerina. But her passion was her family, and her study of the restored gospel of Jesus Christ. She was devoted to her faith and her country. Kristen was intelligent, informed, and outspoken. She suffered with numerous health issues for many years, but she did so without complaint. She was immensely proud of her four children and nine grandchildren. She is survived by her husband of forty-nine and a half years William Lyle (Bill) Shumway, her four children: Julie (Brian Page), Aaron, Valerie (Dennis Barton), and Karen, nine grandchildren, as well as her siblings: Robin (John Woodwell), Rodney (Norma Matheson), Derry (Susan Matheson), Leileen (Mitchell Waite), Philip (Jolene Matheson), Eric (Amy Matheson).

Services will be held on Monday, November 22, 2021, at 10:00 am at The Church of Jesus Christ of Latter-Day Saints at 11121 East Ray Road, Mesa. There will be a viewing at 9:00 am prior to the services at the same location. Burial will be at Mesa Mountain View Cemetery following the services. BuelerMortuary is handling the arrangements.