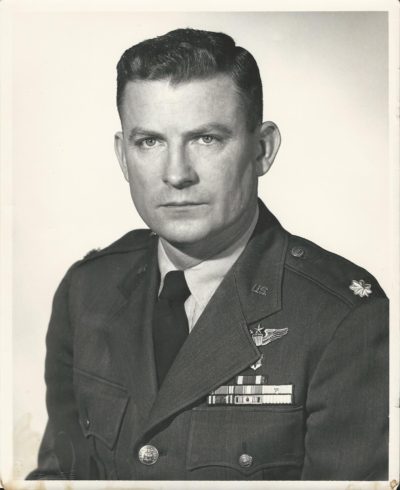 Colonel Kirk was born in Yakima, Washington on 30 May 1928 to Robert and Martha Mae (Stephens) Kirk. His childhood dream was to become a pilot so he picked fruit in the orchards to pay for flying lessons. His mother was his first passenger in a piper aircraft. At the age of 17 he enlisted in the Air Force, but when told there were no openings for pilots, he opted out and proceeded to become a race car driver in Yakima. This he did until the pilot program opened up and he returned to the Air Force at age 21. He remained as a fighter pilot (in Korea). While stationed at Bentwaters, England, he and another fighter pilot were selected to perform a sonic boom for the Duke of Edinburg who was visiting at that time. They flew to 40,000 feet, then rolled into a vertical dive to 30,000 feet and down until the boom was performed. The Duke was highly impressed. (This is Queen Elizabeth’s husband). In Jan. 1965 he was assigned to Armed Forces Staff College at Norfolk, VA. Upon graduation in June, 1965 assigned to Pilot Training Squad at Williams Air Force Base, AZ. He served as Operations Officer and Squadron commander of Pilot Training Squad until retirement as Lt./Col. 1 August 1969. Since his retirement from the Air Force, flew converted Navy N-3-N and Grumman Ag Cat Aircraft in Crop Spraying Operation owned and operated by he and his wife, June, working out of Chandler Airport until August, 1990. He and his wife also had the first Radio Shack Franchise store in 1975-6 in Chandler, AZ.

He was preceded in death by his parents and beloved son, Fred and daughter, Karroll, also his brother, Robert Kirk, and stepsons, Donald Hines and Douglas Hines. He leaves behind his wife of 45 years, June, one son, Leland, two daughters, Jeanean and Kathy, stepson Robert (Chris) Jacot, two step daughters, Cindy Lee (Steve) and Karen Johnson (Bob). along with grandchildren and unknown great grandchildren. 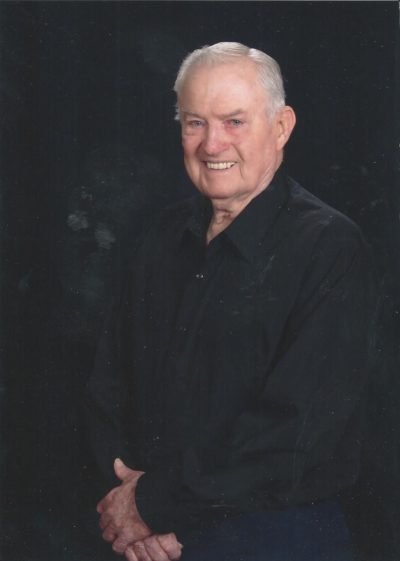