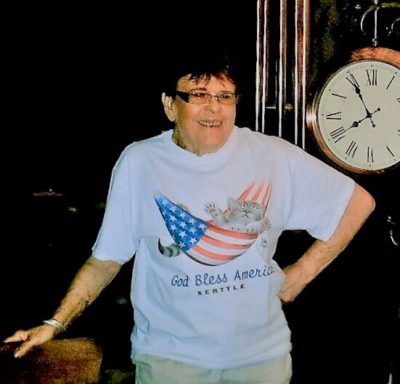 Karilyn was born October 7, 1928 to Ruth and Theodore Karges in Orange City, Iowa. After a year of studying music at Drake University, she moved West to finish her degree at the University of Arizona. Her first teaching job was in Eloy, Arizona and the following year she married Glen E Crandall and went to teach in Ray, Arizona.

In the fifties, she gave birth to two daughters, Chere and Kristine Crandall. They moved to Chandler, Arizona in 1954 and built the house in which she lived for the rest of her life.

In the early Chandler years, she taught piano lessons in her home to 35-40 students a week. She also was the church organist at The First Presbyterian Church in Chandler for 25 years. In the late sixties, she was the accompanist for Chandler High School musicals and The Messiah.

In 1968, she married Leonard H. Branstetter and they began their own swimming pool business called Camelback Pool Service. In 1981, they opened The Hardware Store on Elliot Rd in Ahwatukee which also included pool service repair and supplies. As Ahwatukee grew, they opened a second store, Plaza Hardware and Pool Supply, at 40th and Chandler Blvd. They later closed the original store and continued servicing the Ahwatukee area until July 2017, thus closing Ahwatukee’s oldest retail store at the time.

Their vision was to have a mom and pop store providing locally needed items and offering assistance to customers who wanted to do it themselves. Throughout these years, they were blessed to have several exceptional employees who, like them, developed loyal customers and friendships. Karilyn truly missed the atmosphere, her employees and customers when she had to close the store.

In addition to their hardware store life, she and Leonard had many other passions. In the early 70’s, they built a cabin in Groom Creek near Prescott, Arizona doing most of the work themselves. Many weekends were spent enjoying the fruits of their labor. They were long time season ticket holders of both the Phoenix Suns and Mercury basketball teams. Traveling was also part of their extracurricular activities. At home, they were entertained by their rescued kitties for many years and who, along with her daughters, gave Karilyn much pleasure in her final years.

A memorial service will be held at Horizon Presbyterian Church in Ahwatukee on Saturday, March 7th at 1:00 p.m.

In lieu of flowers, please consider a donation to one of the following charities: libertywildlife.org  foothillsanimal.org