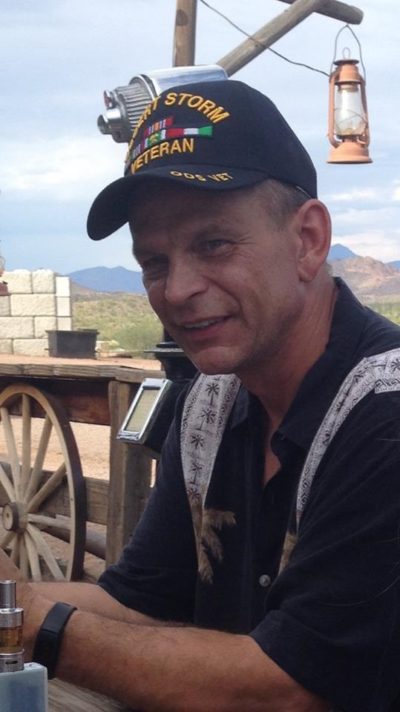 Joseph Lawrence Madl passed away at his home in Sun Lakes, AZ on January 16, 2018 surrounded by loved ones after a long and hard battle with cancer. He was born on July 3, 1967 in Washington, PA and raised in Ligonier, PA. He attended Greensburg Central Catholic H.S. and upon graduation he enlisted in the U.S. Marine Corps. He served on the front lines of Operations Desert Shield and Desert Storm in Saudi Arabia and Kuwait with an Artillery Battalion during his years of active duty. After his time in the Marine Corps he worked as a surveyor prior to graduating from ITT Technical Institute and moving to Arizona in 2000 to work for Intel and other companies in the electronics industry. He loved three things fiercely: his country, his family and the Marine Corps. He lived the mantra that once a Marine, always a Marine. He was never short on sarcasm or whit and never missed a chance to throw in that comment that would catch you off guard. The only thing sharper and stronger than his sense of humor was his heart. There are no words to describe the impact he had on people’s lives and how much he will be missed. He is survived by his parents Donald C and Barbara Madl; the love of his life Renee Stoops; his siblings Terri (Jody) Kromel, Donald G (Marcy) Madl, Stephanie (Jamie) Madl and David (Kelly) Madl; his Nieces and Nephews Drew Reynolds, Patrick Madl, Hayley Madl, Jared Madl and Grace Madl; and Special Friends Lacey, Michael, Araya and Joey Stoops.

Fr Eric Houseknecht will celebrate Mass Jan 26 at 10:00 a.m. at St Steven’s Catholic Church, Sun Lakes AZ. Following Mass Joe will be honored by the Marine Honor Guard with military funeral honors. In lieu of flowers the family requests that donations be made to the American Cancer Society for liver cancer research in Joe’s honor.