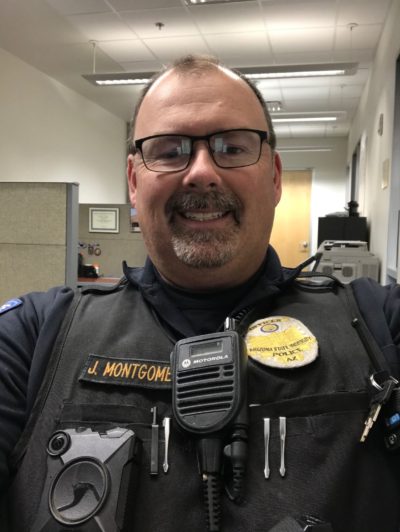 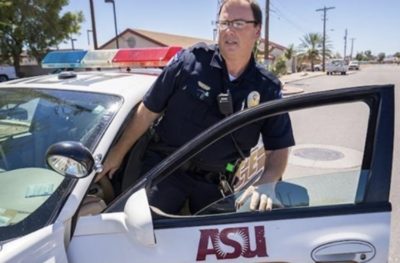 Joe was born in Monmouth, Illinois, on Dec. 2, 1966, the youngest of six siblings to Charles and Doris (Mettler) Montgomery. He attended Monmouth schools and graduated from Monmouth High School in 1985, then earned an associate degree from Carl Sandburg College in nearby Galesburg, Illinois.

In 1989, Joe joined the Monmouth Police Department and was employed there until moving to Gilbert, Arizona, in 2007 and going to work for the Arizona State University Police Department for the past 13-plus years.

While serving honorably for ASU, Joe continued his education, earning a bachelor’s degree in Criminal Justice and Criminology in 2015 – graduating in the same ceremony as his oldest son Brett– and a master’s degree in Emergency Management and Homeland Security in 2017.

Joe will be remembered for his exemplary service as an officer, but the proudest accomplishment was playing the role of hero to his family, which includes his wife, Sandra (Talley) Montgomery. They were married June 16, 1990, in Monmouth and had four children: Allison, Brett, Seth (Kylie), and Natalie.

Joe was a selfless, tireless provider for his family, and enjoyed nothing more than spending time with them, including camping trips, traveling to softball tournaments, and watching his beloved Los Angeles Rams and Dodgers.

His leadership, enthusiasm, sense of humor, and overall decency will be deeply missed by his family, the officers who worked with him, and those who knew him well.

There was a private family viewing to pay respects on Monday, Jan. 18, at Bueler Mortuary. Following the viewing, Joe will be cremated.

On Friday, Jan. 29, there will be a memorial service to honor Joe. It will be held at the Arizona State University Polytechnic Campus Institute Building at 3 p.m. It will also be streamed online through the ASU Police Department’s site. https://www.facebook.com/ASUPolice/ 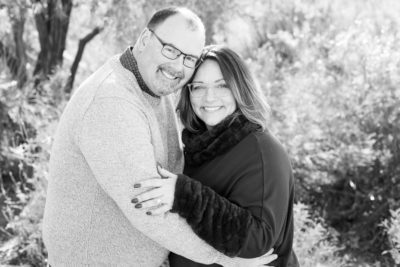 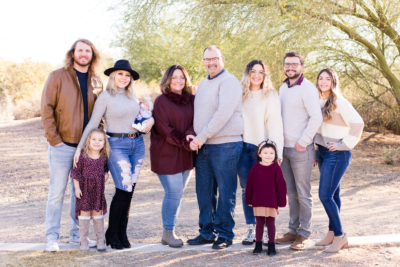