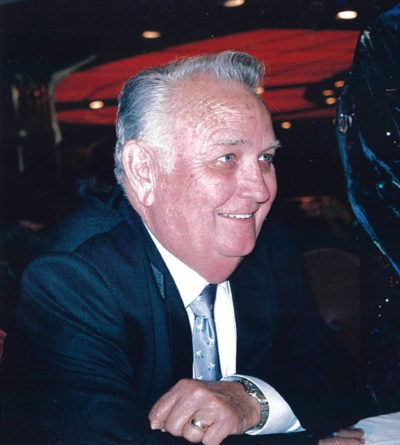 Jerrell W. Brooks was born in San Antonio, Texas to Marion and Viola Brooks on November 23, 1930.

Jerry joined the Marine Corp in 1947, the Naval Academy in 1950 and was commissioned in the USAF through ROTC and graduated from ASU in 1954.  He served in the USAF in Vietnam and throughout the world.  He had a military career for thirty (30) years, awarded the Bronze Star and retired from the USAF in 1977.  Moved to Chandler, AZ in 1977 and worked in the private sector and gained an Engineering Degree from ASU.  He became a City of Chandler Council Member from 1982 – 1984 and served as the Mayor of the City of Chandler, AZ from 1984 – 1988.  He was an inspirational leader and visionary who dreamed of a community with high-tech industries, employment and a shared-use cultural facility for the city’s students and citizens.  Through his tireless efforts, the Chandler Center of the Arts was born in 1989 and is now a world-class art performing center celebrating its 30th anniversary in 2020. He retired from politics and civic services in 2012.

Memorials may be given to the Chandler Center of the Arts – Jerry Brooks Legacy Fund or the Hospice of the Valley.  Services are arranged by Bueler Chandler Mortuary.