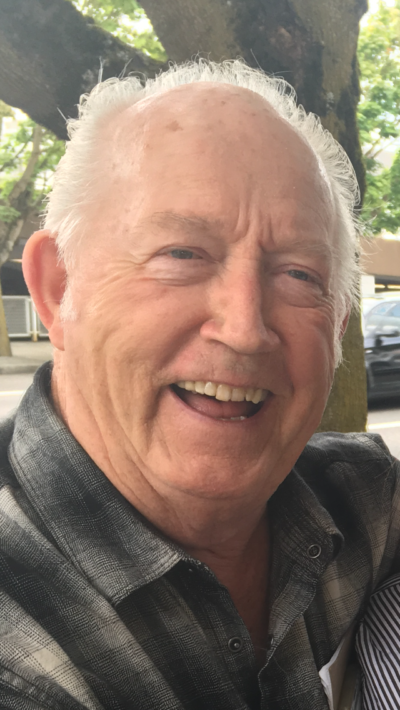 James Vincent Cottrell (Vince), 85, born on October 18, 1932, of Sun Lakes, Arizona, passed away peacefully on Thursday, November 23rd. He was Born in Revere Beach, MA to James Robert and Ida, he lived most of his early life in Louisville, KY.

Jim served in the Army during the Korea War. He met his beautiful bride, Nancy Cora Musick, while stationed in Fort Lewis, WA. They married in 1955, bought a farmhouse on 60 acres in Olympia, WA and welcomed four kids into this world in five years.

In 1957, he began working at the Olympia Brewing Company. In 1969 he was able to buy his own business, a hotel in Moscow, ID. In 1972 they bought a bigger hotel in Coos Bay, OR. Those early years and later years were full of challenges and successes. His two sons are still carrying on the tradition he started which is attributed to his lifelong hard work and vision.

Jim was extremely loving and proud of his children. He was adored by his grandchildren who loved his humor, learned from his wisdom and were inspired by his humanity. He is survived by his wife of 62 years, Nancy; his sons James (Glenda), Thomas (Karen); his daughter, Kathleen (Alex); grandchildren, Vincent, Karlee, Erica, Bruce, Gwen; sister-in-law Cheryl; brother-in-law Mike (Donna). Jim will alway be forever remembered by his numerous nieces, nephews and extended family and dear friends. Jim was preceded in death by his parents, seven siblings and his oldest daughter, Kerry.

Jim loved traveling, golf and entertaining, but more than anything dancing with his wife. Opportunities to travel included trips to Rome, Israel, Egypt, Costa Rice and a European River Cruise.