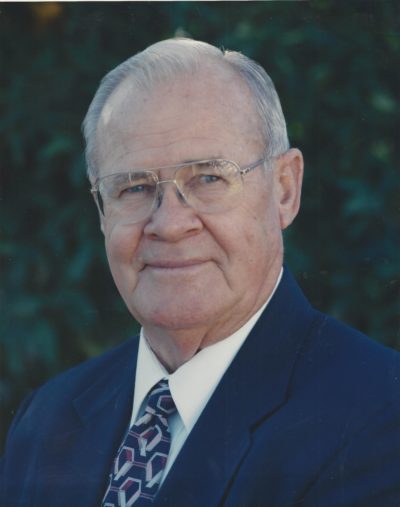 James Corley Haggarton, 94, a well-known and longtime resident of Chandler, AZ passed away October 5, 2017 In Safford, AZ Corley was born on Sept. 22, 1923 in Cisco, TX to Nathaniel Corley and Matte Ethel (Mosely) Haggarton. In 1927 he moved with his family to Arizona at the age of 4 and settled in the Chandler area. He attended elementary schools in Gilbert, and then transferred to Chandler schools. His years at Chandler High School were interrupted by service in the U. S. Navy during World War II. Upon his return to Chandler, he finished his studies at CHS, graduating in 1947. He met and married his lifelong sweetheart, Marie Tucker, in 1947, and they would have celebrated their 70th wedding anniversary this week. Corley was in the petroleum business for 57 years, and in that capacity became friends and associates with many farmers, ranchers, and businessmen in the area. He served on many committees for the city of Chandler, and was president of the Chandler Historical Society. He was honored by the city as Pioneer of the Year. He loved the city and its history, and many turned to him for information about Chandler’s past. Corley was preceded in death by his son, Jon Corley Haggarton. He is survived by his wife Marie; daughter, Carole Metcalf (Ray); son, Dwight Haggarton (Shelly); 15 grandchildren; and 41 great-grandchildren, who adore their Papa Corley. Services will be held Saturday, Oct. 14, at 1 pm at the Chandler West Stake Center of the Church of Jesus Christ of Latter-day Saints, 1950 W. Galveston St., Chandler, AZ. Visitation is planned for one hour prior to the service. Graveside services will follow at Valley of the Sun Cemetery. Arrangements by Bueler Mortuary