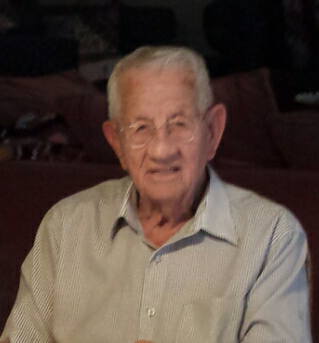 James Carter Crosby Sr., 99 of Sun Lakes, Arizona, went to be with his Lord on Friday, December 30, 2016 in Sun Lakes, Arizona . James was born on November 10, 1917 in Sherman, Texas . He married Mary Lou Hueston who preceded him in death in 2006. He is survived by one son, James Carter Crosby Jr. (Bonnie), two daughters Linda Lou Hoeltzel (Bill)  and Sallie A. Crosby ,  many grandchildren, great- grandchildren and great-great-grandchildren. James was preceded in death by his parents, 2 brothers and 2 sisters, one son and one grandson. Services will be held in Leavenworth, Kansas.