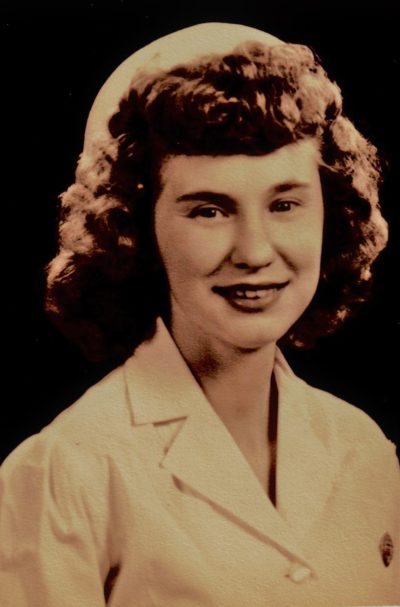 Helen I Bell (nee Warner), Tempe/Sun Lakes, AZ joined her soulmate Billy, and her parents, brothers and sister in Heaven on March 7, 2018 at the age of 93. She was born May 20, 1924 to William and Doris Warner in Shabbona , Illinois. Following high school graduation she attended Nurses school at Copley Hospital attaining her RN degree in 1946. She made many friends during training and maintained contact with some of them for over 70 years. While she was in training she met the love of her life, Bill, who was on leave from the Navy at the time. During his 10-day leave he proposed and gave her a diamond, then returned to his ship. When Bill returned from the war they were married in August, 1946. Helen practiced nursing part time at Copley Hospital when her sons were young. When her sons were older she began working in an urologist office for many years before retiring. She loved knitting and crocheting and made many beautiful blankets, doilies, quilts and a wide variety of baby things for many grandchildren, great grandchildren and friends. Her and Bill enjoyed traveling, visiting relatives and friends and sightseeing all over the country. They also were dog lovers and had many (lucky)dogs over the years. They eventually moved to Arizona in 1986, closer to her son Rick and his family. They were able to make many road trips with dog back to Illinois, and California to see children, grandchildren, and great grandchildren. They also had many visits from children, grandchildren, and great grandchildren and enjoyed every one to the fullest. Husband Bill passed away in 2008 after 62 years of marriage so she is smiling now after joining him in Heaven.
Helen was preceded in death by her parents Bill and Doris Warner, husband/soulmate Bill, brothers Dave, Ralph, Bill, and Bob, and sister Doris. She is survived by her sons, John(Terry), Steve(Ruth), and Rick(Sue), grandchildren Sean(LeAnne) Bell, Scott(April) Bell, Julie(Shawn) Thomas, Jeff(Lauren) Bell, Jeremy(Carrie) Bell, Erin(Brent) Daniels, and Alison(Luke) Brandt and great grandchildren David and Jenna Bell, Trevor Bell, Stephen(Dani) and Zachary Thomas, Matthew, Lucas, Sofia, and Grace Bell, Aliyah Matarieh, Lorelei Brandt, and Beau Daniels.
In lieu of flowers memorial contributions may be made to the Arizona Humane Society or your favorite charity in her memory. The family would like to express our greatest appreciation and thanks to the caregivers at Brookdale Chandler Ray Road, Hospice of the Valley, and Summerfield Jentilly. Funeral services will be held on Friday, March 16th at St. Stevens Catholic Church, 24827 S. Dobson Rd., Sun Lakes with viewing at 9:00AM, Mass at 10:00 and brunch to follow. After brunch Internment will be at Queen of Heaven Cemetery , 1562 E. Baseline Rd., Mesa, AZ 85204. Maps to the cemetery will be provided at the funeral. Arrangements by Bueler Mortuary, Chandler. 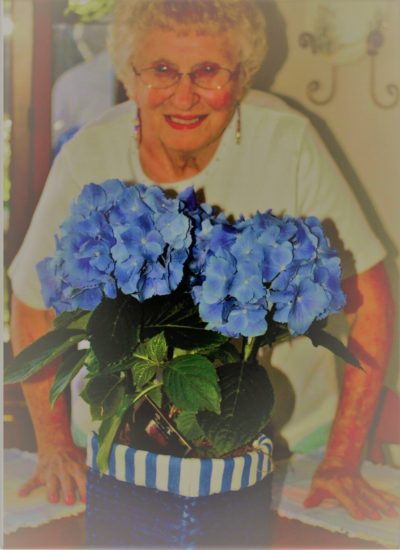