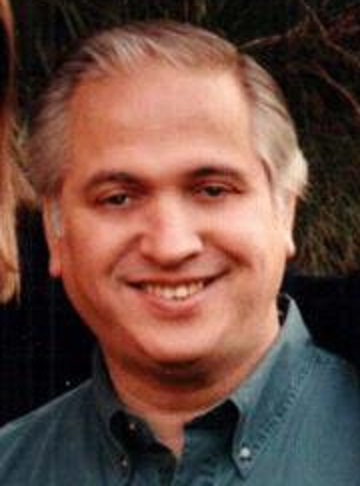 Queen Creek, Arizona — Hector Miguel Cardona, 74, passed away on Tuesday, January 19th, 2016 at Mercy Hospital in Gilbert, Arizona, surrounded by his loving family.  Hector was born in Buenos Aires, Argentina and immigrated to the United States at the age of 24 to marry his beloved wife, Elisabet.  Hector dedicated his life to his family, friends, and faith.  With not one bit of malice in his heart, Hector was a friend to all.  He was quick to accept and forgive, never holding a grudge against anyone.  Hector was always eager to help friends and neighbors, and he sincerely loved learning about the details of everyone’s lives.  In his final years, Hector lived by one of his favorite mottos, “No pain, no gain.”  He fought for his life every second of every day until he was called home to his Heavenly Father.  Hector is survived by his wife of 49 years, Elisabet (Alvarez) Cardona; his son, Shawn Andre Cardona; his daughter, Giselle Ann Cardona; his grandson, Elijah Gonzalez; his brother-in-law Del Alvarez and his wife Joann Saba Alvarez; his sister-in-law Lynette Speroni and her husband William Speroni; and many more extended family members and close friends.  Hector will be greatly missed for his sense of humor, his love for music and dancing, and his enormous heart.