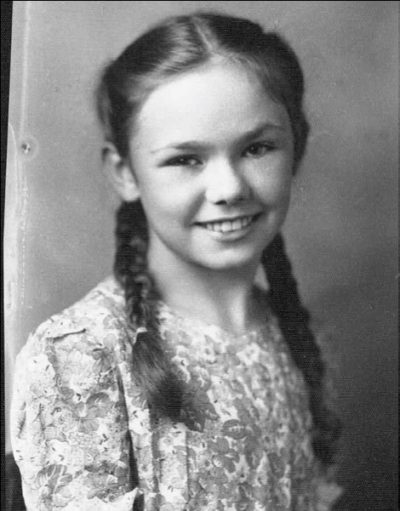 On July 21, 2021, Glennys (Terry) DeVere Saba ended her journey on earth and peacefully passed away at the age of 89.

She was born in Marshalltown, Iowa, March 15, 1932, to Perry and Harriet (Rassmusson) Paul.  She lived there with her parents and sister, Mary Lee, until they moved to Omaha, Nebraska in her youth.

At the end of WWII, the family moved back to Iowa before eventually moving to Arizona on July 4, 1946, settling there for good.  Affectionately dubbed “Terry” by her high school friends, she spent her freshman year at Phoenix Union High School before attending North High School her final three years, ultimately earning her diploma there.  Terry thrived in her schooling environment, making many lifelong friends while also excelling in her studies and partaking in many extracurricular activities.

Terry continued her education at Arizona State University and pledged Gamma Phi Beta Sorority. There, she met her future husband, Norman Saba. They fell quickly for each other and were married soon thereafter on December 7, 1951.  Eventually, Norman and Terry would settle in Chandler, Arizona.  During their many years in Chandler,

Norman taught school in Queen Creek and worked at the family business, Saba’s Western Wear, while Terry tended to the household and devoted her time to lovingly raising their five children.

Volunteering in her children’s schools was a passion of Terry’s and she served in many positions throughout her kids’ school years. Her efforts culminated in 1968, when her dear friend and board member Eddie Basha encouraged Terry to run for a seat on the Chandler School Board. Terry won the election and became Chandler Unified School District’s first elected female school board member, serving from 1968 to 1978. To honor her groundbreaking presence in the community, it was announced on October 23, 2013, the fine arts center at Basha High School would be named the Glennys Saba Fine Arts Center.

Terry was always very active in the community.  She served as a Cub Scout Den Mother and Girl Scout Leader.

For decades, Terry held different positions and became a life member in the Chandler Service Club, which helps raise money for medical needs, feeds and clothes the hungry, and helps fund school scholarships for Chandler students.

As a member of Philanthropic Education Organization (P.E.O.), Terry assisted in raising funds for over 30 years, pursuing the advancement of women through grants, scholarships and Cottey college.

Terry was very involved with the Chandler Education Foundation, an educational partner to the Chandler Unified School District.  She worked with the Foundation’s vision to create responsible citizenship, promote lifelong learning, and generate funds for scholarships.  Terry also created the Norman Saba Scholarship for Agricultural Studies through generous gifts given by family and friends, in memory of her late husband.

As a volunteer, Terry traveled to Tonga to assist with medical needs, including setting up clinics and delivering much-needed supplies.

Terry had a passion for travel and reveled in her many visits to places around the world.  She hiked and rafted in the Grand Canyon and whitewater-rafted on the Bio Bio in Chile, to name just a couple of her adventures. To illustrate her ventures, she once estimated that she and her friend, Nancy Jerdee, had walked/hiked enough steps to circle the globe. She also enjoyed crafting, sewing, quilting, gardening and canning.

The family requests that remembrances be made in a charitable donation to P.E.O. (Chapter BF). or Chandler Service Club. P.E.O. Executive Office,