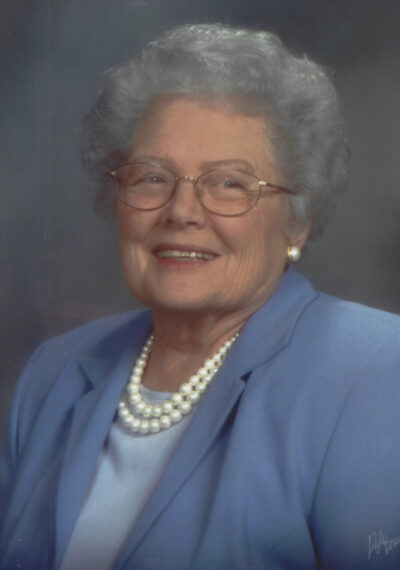 Frances Brandon Pickett, age 94, passed away on July 29, 2022, surrounded by her family. She was born in Rittenhouse (Queen Creek), Arizona, on November 29, 1927, to Charles and Lalier Brandon.

Frances and her family farmed in Rittenhouse which later was renamed Queen Creek, Arizona.  She attended elementary school in a 3-room brick building now known as the San Tan Historical Museum and graduated from Chandler High School in 1945. She was a bookkeeper in Phoenix for a couple of years and upon returning home she along with a girlfriend ran the Queen Creek Fountain & Café while the two served as Post Mistresses of the Queen Creek Post Office.  It was while working at the Café she met and married a traveling salesman, Don Pickett, in 1950. They joined a farming partnership with her father, Charles Brandon, in 1954 and later purchased and farmed 190 acres at Rittenhouse and Ocotillo Roads for 21 years raising cotton, alfalfa, grains, dairy replacement heifers and hogs for market.

Frances was a self-taught artist and painted hundreds of pictures over the years. She painted landscapes including the Grand Canyon and the Superstition Mountain along with westerns, portraits and animals. Over the years she painted in almost every medium ranging from canvas to watercolor, China painting, stained glass, sculpting, and wood carving and enjoyed them all. At age 85 her hands were too shaky to paint pictures, but she turned to painting other things such as flagstone, tote bags, aprons, table runners, gift bags and even rocks.

She worked as a teacher’s aide for the 1st grade and art classes at Queen Creek Elementary School, earning a Vocational Degree and continuing on to teach art and filling in as the librarian for twelve more years.  She enjoyed working with her students including those needing extra tutoring and invented fun ways for them to learn and as a result many began making top grades in their classes in spelling and math.  After 19 years, she retired from teaching.

Frances was also among a group of six women who took on the task of preserving the brick school building located at Queen Creek and Ellsworth Roads which was built in 1925. Frances, her brothers and her children attended the Rittenhouse (Queen Creek) Elementary School.  Together the group founded the San Tan Historical Society and successfully added the building to the National Registry of Historical Places. To raise money needed for restorations, the team interviewed area pioneers and collected old pictures.  In total 100 families in the Higley, Queen Creek, Chandler Heights and Combs areas shared their stories and pictures which were compiled into a book “Histories & Precious Memories of the Queen Creek Area, Arizona” published in 1996.

During Frances and Don’s retirement they spent several summers in Pinetop hosting family vacations and attending crafting seminars learning new mediums offered by professional artists and woodcarvers.  Don enjoyed classes on carving cowboys and animals and Frances learned to carve unique Santa’s from the knees of Cypress trees. As much as she enjoyed her hobbies of painting and wood carving, Frances loved gifting her creations to family and friends.

The viewing will be Friday, August 19, 6-8pm at the Bueler Chandler Mortuary located at 14 W. Hulet Dr, Chandler.  A celebration of life is planned Saturday, August 20th, at 10:30am at the same location.  In lieu of flowers, the family requests donations be made to the San Tan Historical Society, 20425 S Old Ellsworth Rd, Queen Creek, AZ 85142