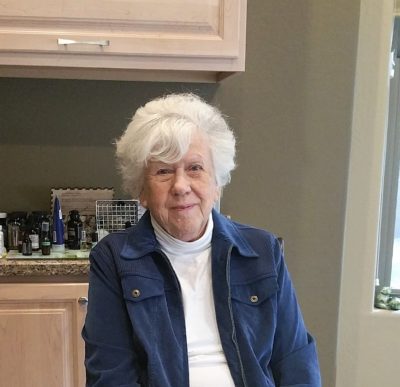 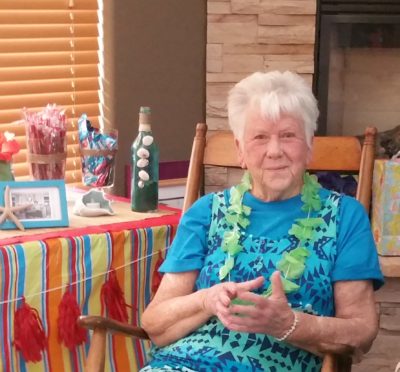 Elizabeth Jane Brumgard (ne Turpin) was born on June 25, 1926, in West Chester, PA, and passed away peacefully on March 13, 2021, in Phoenix, AZ.  Elizabeth was the daughter of Harry Deshields Turpin and Leora Jane Turpin (ne Hubbard).

Known to her family and friends as “Betty”, she grew up on a farm outside of Marshallton, PA.

She married Elwood J Brumgard, “Brummie” in 1948, and together they shared 50 years of marriage until Brummie’s passing in 1998.

She was employed by Wyeth Co in West Chester soon after leaving school and worked on the assembly line to benefit the Armed Forces during World War II.  Betty then worked for a local business, Ball & Ball Brasses in Exton, for many years.

For most of her life, she lived close to her family in the PA and DE areas.  She and Brummie were transferred with his job to Massachusetts, and later to Mississippi.  It wasn’t until 1996 that Betty and Brummie moved to Arizona to be closer to their daughter.

She is predeceased by 6 brothers; Walter, Harry, Douglas, James, Willis, Theodore, and 3 sisters; Doris, Gladys, and Kathleen.  Betty was the youngest of the ten children.  She is also predeceased by a grandson, Christopher Travis Seal.

Competitive by nature, Betty enjoyed bowling, baseball, and badminton.  She had a great love for animals and the outdoors.  Betty delighted in spending time on the beach.  She and Brummie owned and operated The Lyhano, a rooming house in Cape May, NJ for years.

She was an active member at the Ahwatukee Recreation Center in Phoenix where she swam, played shuffleboard, Bingo and Pinochle.  Betty was an avid and skillful card player, her favorite games being Pinochle and Poker.  She embarked on many casino trips with friends and family.  Those who knew her would say, ‘She was one lucky lady’.

Betty was baptized into Christ on March 13, 2015.  She passed faithful on that very same day six (6) years later at the age of 94.  She lived a good life and to God be all the glory.

There will be a Celebration of Life in honor of Betty on April 17, 2021, at 1819 W Summerside Road, Phoenix AZ  85041.  Anyone who wishes to attend is welcomed from 1 – 3 pm.  Betty’s ashes will be placed at the Grove Cemetery in West Chester along with her husband.