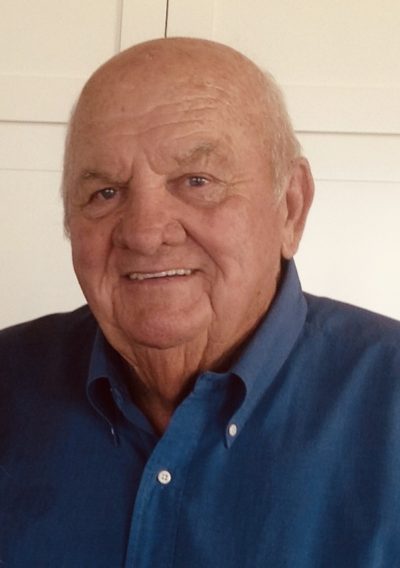 Edward Lyle Acton, age 91, of Sun Lakes, AZ (formerly from Rochester Hills, MI, and Manistee, MI) passed away on Saturday, March 6, 2021, at Dobson Home – Hospice of the Valley, Chandler, Arizona, with his family by his side. Edward was born on April 9, 1929, in Hamtramck, MI to Pearl (Osborne) and William Perry Acton. Edward graduated from Log Cabin High School, Troy, MI in 1949, then enlisted in the Army, where he was recruited to play football and baseball. He was a talented athlete and eventually played Semi-Pro Football for the Dearborn All-Stars.

In 1954 he met the love of his life, Margaret (Peggy) Shultz. They married on January 28, 1956 (and celebrated their 65th wedding anniversary this year). They began their married life in Clawson, Michigan, then eventually moved to Rochester Hills, where they raised their four children, Suzanne, Michael, Timothy & Kimberly. Since then, Ed and Peggy have lived in Northern Michigan, Arizona & Utah. They both loved to travel, ride bikes and play tennis & golf together.

Ed’s entrepreneurial spirit led him to the formation of Acton Trucking, T.K.M.S. Trucking and Quality Aggregates, where he built, along with his sons, Mike and Tim, very successful gravel hauling and mining businesses.

In his retirement life, he was all about his family. He attended many of his ten grandchildren’s sporting events and later on, his great-grandson & great-granddaughter’s musicals and dance performances. He taught all ten of his grandchildren how to drive cars. He and Peggy together loved taking their grandchildren waterskiing and tubing on their boat, canoeing, biking and
golfing.

One of his favorite places to be was on the golf course, and in his later years, he could be found golfing with his friends and with his wife in the couple’s golf leagues at the Bear Lake Highlands Golf Course in Bear Lake, MI. Throughout the years, he especially loved golfing with his wife, children, sons-in-law, and grandchildren at many golf courses in Michigan and Arizona. He also shared life lessons and family history over many Euchre card games and Chinese Checkers, and he was hard to beat.

In the past several year’s Ed took up cooking & baking for family and friends. His specialties were all types of healthy soups and salads, as well as delicious cakes and muffins. In addition, he was appreciated for making the best weekend and holiday breakfasts for his children and grandchildren.

The family has scheduled a private memorial service for the immediate family at Iron Oaks Country Club, in Sun Lakes, AZ on Saturday, March 13, 2021. In lieu of flowers, the family is suggesting donations in his memory to Dobson Home – Hospice of the Valley, 1188 N. Dobson Road, Chandler, AZ 85224 – or – hov.org/donate/donate-now/ (and specify donation for Dobson Home location).