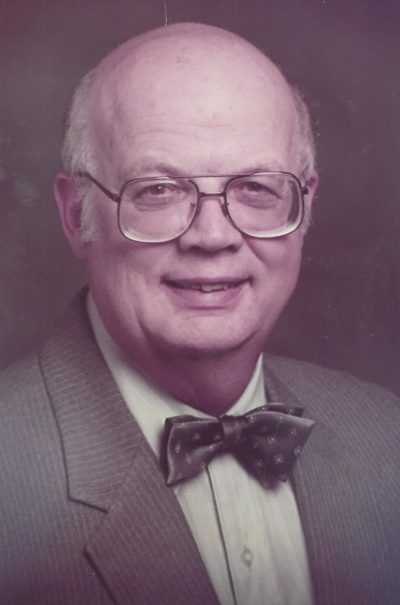 Ed was born in Toledo, Ohio on January 24, 1925 to the proud parents, Edward K. Sr. and Frances B. (Bridgeland) Sloan. While attending Woodward High School, he served as Class
President and was a member of the National Honor Society. He received varsity letters in football, basketball, and tennis. Ed received, upon graduation, the school’s highest recognition-
the Achievement Cup for most all round student. In 2000, he was inducted into the Woodward High School’s Hall of Fame.

Upon entering the U.S. Army Air Force in1943, Ed attended Bowdoin College for a year followed by a year at various air bases throughout the U.S. He spent 15 months in the Southwest Pacific
Theater on Biak manning the Air-Sea Rescue-Finder Operation. Ed was discharged as a Sergeant in February 1946 after 35 months of service.

Edward earned a Bachelor of Engineering degree from the University of Toledo in March 1949. He worked 15 years at Standard Oil of Ohio at both their Cleveland and Toledo refineries. In
1964, Ed moved on to Atlas Chemical Co., where he worked for 23 years at both their Wilmington, Delaware and Dallas, Texas locations. He retired in 1987 as the Manager of Nitrogen Products. In 1990, Ed and his wife, Ruth moved to Sun Lakes, Arizona.

Ed’s pride and joy was his family. Family functions were a delight. He also enjoyed following sports, national and world affairs, travel, wood working and photography. Ed faced life with
humor and a constant smile. He was known for his quick wit, easy going manner and story telling.

Due to the Coronavirus, a Celebration of Life will be scheduled at a later date. Expressions of sympathy in memory of Ed can be made to The American HeartAssociation or Hospice of the
Valley.