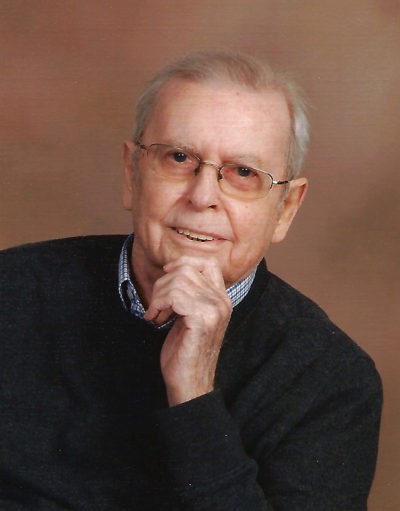 Dr. Walter “Wally” Sanders of Sun Lakes, Arizona, and formerly of Mattoon, Illinois, died January 9 at his home. He was 94. He was a retired chiropractor who practiced in Mattoon between February 6, 1950, and July 3, 1990, when he closed his practice. A 1943 graduate of Benton Township High School, he attended Missouri College of Chiropractic before graduating in 1949 from the National College of Chiropractic in Chicago with a Doctor of Chiropractic degree.

During the 64 years that he lived in Mattoon, Wally was active in numerous civic, religious, fraternal, youth and educational organizations. He served as president of Toastmaster International, Columbian School Parent Teacher Association, Baptist Kindergarten Parent Teacher Association, and Kickapoo Rock and Mineral Club. He served as a director of the Lions Club and was exalted ruler of the Benevolent and Protective Order of Elks Lodge 495 of Mattoon between 1955 and 1956. Wally was a member of the Elks ritual team that won the 1955-1956 state championship when he was named championship squire of Illinois. A commissioner of the Hickory District of Lincoln Trails Council of the Boy Scouts of America, Wally also served as cubmaster of Pack 54 at Columbian School. Other organizations to which he belonged included the Freemasonry, where he was involved in the High Twelve, Low Twelve, Shriners and Scottish Rite.

He served in the U.S. Navy between 1943 and 1946 and held the rank of signalman second class. During his time in the Navy, Wally served in the Navy Armed Guard Service, which protected U.S. and allied merchant ships during World War II. He was stationed on ships in the Atlantic and Pacific theaters during the war. A member of the Veterans of Foreign Wars, Wally also was a member of the U.S.N. Armed Guard World War II Veterans Association and, while living in Arizona, the Desert Navy. In Mattoon he was a longtime member of the First United Methodist Church and later a member of Broadway Christian Church. He was a member of the Mattoon Country Club and the Charleston Country Club.

In his spare time he enjoyed playing golf, woodworking and making jewelry. For many years he would take a two week-vacation in August and travel with his family to various historic sites and national parks in the Eastern and Western United States. Wally, an avid fan of the Chicago Cubs, realized a lifelong dream in 2016 when the Cubs won the World Series. He also liked to follow University of Illinois athletic teams. For many of his years in professional practice, Wally was part of a group of Mattoon professional men who had lunch on weekdays at the former Dinner Bell restaurant and, after it closed, Knowles Cafeteria.

Born October 6, 1925, in West City, Illinois, he was the son of Alonzo and Ora Belle (Davis) Sanders. He married Marilyn Jane Schreiber on November 12, 1949, in St. Louis. She died October 10, 1979. He later married Betty Hyland on April 30, 1983. She died February 20, 2013. Wally is survived by a brother, Sylvester, of Plano, Texas; a son, Craig (Mary Ann Whitley) of Indianapolis; a daughter, Denise Fleshner (Mark) of Sun Lakes, Arizona; one granddaughter, Kathryn Fleshner (Katlyn) of Gilbert, Arizona; and three great-grandchildren, Izabella, Arizona and Hadley. He was preceded in death by three brothers, Lawrence, Roy and Granville; and two sisters, Thelma and Pauline.

A memorial service will be held at 10 a.m. on Jan. 29 in the chapel at Sun Lakes Community Church. In lieu of flowers, memorials may be made to Shriners Hospitals for Children-St. Louis at 4400 Clayton Avenue, St. Louis MO 63110.