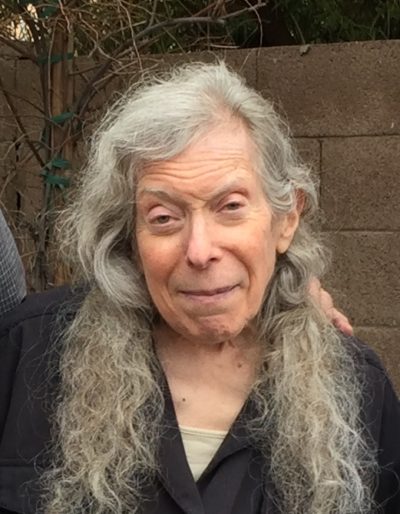 Dr. Elaine B. Stoner, 81, of Chandler, AZ passed away Wednesday, March 10, 2021, at Dobson Home – Hospice of the Valley.  Services will be announced at a future date.

Elaine was born Dec 31, 1939 in Brooklyn, NY to Joseph and Ann (Wertenthiel) Blatt.  She graduated from Far Rockaway High School in 1957.  She attended Brooklyn College and then Cal Berkeley where she received a Ph.D. in Chemistry in 1964, with her thesis titled “Rates of Ligand Exchange on Metal Complexes Measured by Nuclear Magnetic Resonance Relaxation Times”.

In 1964, Elaine met Dr. Clinton Stoner at the University of Wisconsin Enzyme Research Institute, where both were pursuing post-doctoral studies.  They were married in New York on April 18, 1965, and moved to Columbus, OH where they raised two sons, Robert and Michael.  In 2014, they moved to Chandler to be near Robert’s family.

Elaine worked at Chemical Abstracts Service from 1965-1995, adjacent to the Ohio State campus where Clinton did research.  Some of her responsibilities there included translating patents and technical papers from German and Russian to English.  She was known for her keen attention to detail and ability to master new technical frontiers.

Elaine was a loving daughter to her parents, who moved to Columbus in 1974 to help raise Robert and Michael.  She also enjoyed many travels with her family, including tours of Europe, China, Egypt, and the USSR, as well as road trips going as far as Alaska and Mexico.

She is survived by sons Robert Stoner of Tempe, AZ and Michael Stoner of Sacramento, CA, and grandchildren Sarah and Ryan Stoner.  She also leaves a brother Morton (Carolyn) of Mountain View, CA.  She was preceded in death by her parents and husband Clinton.

In lieu of flowers, the family kindly requests memorials directed to the American Chemical Society or Clean Air Task Force.