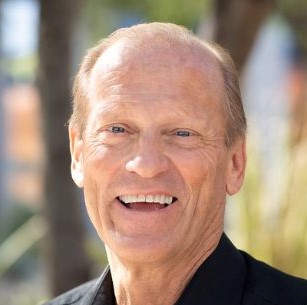 Douglas Skaggs Brinton was born on October 18th, 1958 in Mesa, Arizona to Van Buren Brinton, Jr. and Ruth Freestone Brinton. He was the sixth of seven children. After graduating from Westwood High School in Mesa, Doug served a mission for the Church of Jesus Christ of Latter-Day Saints in Guadalajara, Mexico. Following his mission, Doug graduated from Brigham Young University with a degree in International Finance and later received his MBA from the University of Indiana.

Doug’s business adventures took him and his family around the country, from Mexico, to Oklahoma, Indiana, and Illinois, before settling back home in Arizona.

While Doug enjoyed traveling, reading, and sports, his passion was always spending time with friends and family. Everyone always knew when Doug entered a room. His enthusiasm for life was infectious. Doug had 8 children. Taylor, Corey, Emily, Ashton, Dallas, Connor, Brayden, and Ethan. From basketball, to football, baseball, wrestling, track, and theater, you could say he had a full time job supporting and showing pride in each of his children’s activities. Everyone also knew when Doug was in the stands. He wasn’t afraid to let everyone know who he was there to support!

Doug was also a faithful member of the Church of Jesus Christ of Latter Day Saints. He loved his Savior, Jesus Christ. He had a passion for reading and studying the words of latter day prophets and apostles. He loved sharing the gospel with others, attending the temple, and performing his church callings with joy.