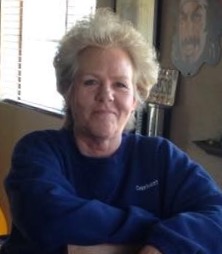 Donna Rae Hudson-Gaona was born in Hastings, Nebraska on April 25, 1958 and passed on August 18, 2016 in Chandler, Arizona. Donna moved to Chandler, Arizona in 1966 with her family. She was preceded in death by her father Robert (Bob) Dyer. She is survived by her mother Helen Dyer, brother Dennis Dyer and his wife Joyce, husband Richard Gaona, son Jake (Jason Michael) Louk and his wife Katie, and her daughter Jeri Rebekah Louk.  She was a devoted and loving Grandmother to her four favorite men, her grandsons, Jacob, Jayce, William, and Jason Louk. All the all of which knew her as Moppa. She was the former spouse to Lester Byron (Bud) Louk and Donnie L Hudson. Donna attended Chandler Public Schools where she never met a stranger and put a smile on everyone’s face. Absolutely the best friend anyone could ask for. She was the “fun” Mom to many and “Moppa” to all the little ones. She loved doing crafts with her favorite men always having her camera ready to catch the special moment. She was an avid reader having 2 or 3 books going at a time and always has a crossword puzzle at hand. Her home was a beautifully decorated safe haven to all of us and could always count on fried chicken, hamburger pies or even homemade donuts.  After staying home with Jake and Jeri until they were in school, she went to work for San Marcos Hotel.  A few years after she returned to the work force, she decided to leave her office job, she became a bartender at the “Old” Nortons and the fun began. She was the best barkeep around.  Her latest position included bartending at the Chandler Elks Lodge #2429, where she also held the title of Treasurer.  Donna married Richard on Nov. 8, 2008 in Las Vegas, NV.  They created many memories together, some of the best were her summers spent at Horseshoe Cineca Lake with family, close friends, and on several occasions, her grandchildren and even surrogate grandchildren.

Please join us at Bueler Mortuary for Donna’s Celebration of Life on Saturday, August 27, 2016 at 10 am, 14 W Hulet Dr., Chandler, AZ  85225. A private reception for the family immediately follows.  In lieu of flowers donations can be made to the Desert Cancer Foundation of Arizona http://desertcanceraz.org/