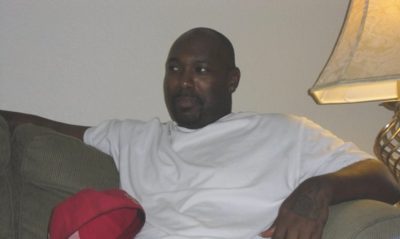 Dewight was born on August 23, 1979 in Detroit, Michigan the son of Marilyn (Gibson) Rivers and Melvin Brown.

Dewight was very pleasant, easy going. He was a person who put everyone before himself. He always made everyone who came in contact with him feel at ease. Dewight always had a silly grin which he said was his smile.  He always was the one who would find humor in the most unexpected and silly things. Dewight was the father of two daughters, Tyra Thomas and Tara Sommerville, who both resided in Arizona.

At the age of 30, Dewight was diagnosed with kidney failure and was immediately put on dialysis. He eventually lost both of his kidneys. One of the kidneys was determined to be cancerous by the Mayo Clinic in Scottsdale, Arizona.

Dewight started working at the age of 16. He worked many jobs over the years and was eventually hired as an employee at Ford Motor Company (Wayne, Michigan). After being laid off from Ford, Dewight move to Arizona to be closer with his daughters.

Dewight loved bowling and also joined a car club (Xklusiv Motorsport Club) when he moved to Arizona. Cars and the car club became his second passion.