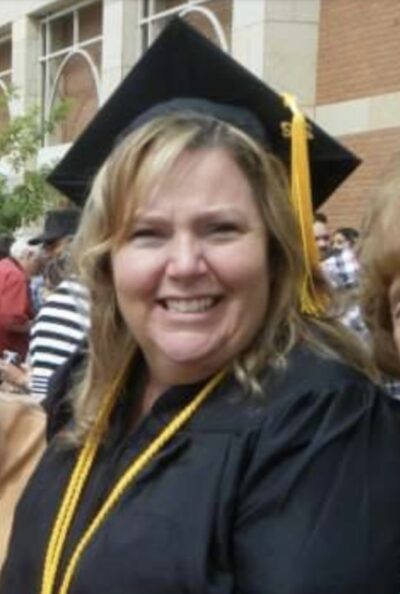 , 56, died July 29, 2022 at Ocotillo Medical Center in Chandler, AZ with family by her side.   Denise was born in Rutland, Vermont on September 27, 1965 to Garth M. Carter and J. Susan (Briggs) Carter.   Affectionately known by either Denise, Niecie, Dee, or G.G. depending on who she was with, she spent her early years up to high school in Rutland.  She finished high school in 1983 in Morgan Hill, Ca and began pursuing different avenues of adventure early in life.  From Medical Terminology, to Cosmotology, to Accounting.  Ending with Denise graduating with Honors from Carrington College in 2012 in Radiology Technology.  Thereby becoming, Denise R. Carter,  R. T. (R).  She finished her working career in the Radiology field.    She has lived in Rutland, Vt., San Jose, Ca., Medford, OR., and Chandler, AZ.
Denise was especially fond of going to the Casinos, playing bingo, shopping, and traveling to sunny locations.   Disneyland and Cruising to Mexico among her favorites.  Denise was a gourmet cook, and liked and was good at doing Arts and Crafts.  Her greatest left work was being a mom to daughter Veronica and Gramma (GG) to Vincent and Evelynn.  The apples of her eye.
She is survived by her daughter Veronica, Grandchildren Vincent and Evelynn as well as her mother Susan Briggs Carter of San Jose, CA.  Sisters Marjorie Carter of San Jose, CA, Vicki Minard (Robert) of Laveen, AZ and Debra Carter of Vallejo, CA.   Brother Scott Carter of North Carolina.   She was predeceased by her father Garth Carter in 1996 and both her maternal and paternal Grandparents.  Survived also by several cousins, nieces and nephews.
A Celebration of life will be held at a later date in Arizona.