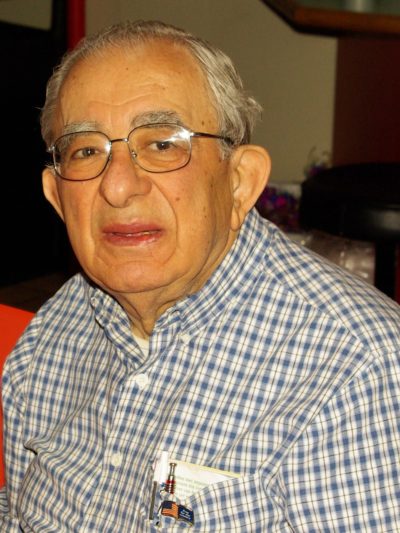 It is with a heavy heart that we share the news of Demetrios Nicholas Kretsedemas, our beloved husband, father, grandfather, and great-grandfather, who peacefully reposed in the Lord on July 14, 2020 in Tempe, Arizona. He was 90 years old, having lived the last 17 years in Chandler, Arizona and being a dedicated parishioner of St. Katherine’s Greek Orthodox Church.

Demetrios was born on December 10th, 1929 in the seaside village of Poulithra, Arcadia, Greece to Nicholas Demetrios Kretsedemas and Konstantina G. Alexandrakis. He was the oldest of five children, having three brothers and one sister: George, Pete, Alex, and Stamata, who they called “Matina.” Unfortunately, Matina passed away in her second year of life from influenza.

As a child in Greece, Demetrios experienced many joys: re-enacting battles of war with the village children; scavenging for crabs; and visiting his grandfather, the beekeeper, who he was named for. He loved getting the opportunity to visit his grandfather, who would often take a spiraled orange peel and place it on Demetrios’ head as a crown. Demetrios also experienced challenges and overcame great feats during WW2: helping to hide Italian deserters of war, acting as a messenger for anti-Axis collaboration, and overcoming starvation. He was proud of his educational accomplishment in Greece; he graduated the 10th grade, which was rare in those days.

His father passed away at the age of 56 from heart complications. Demetrios was only 16 years old, and subsequently assumed his place as the head of house. It was then discovered that, prior to marriage, his father had worked in the United States as a hard-laborer and earned American citizenship. In that moment, Demetrios and his brothers learned they had all been born U.S. citizens and took part in fulfilling their father’s dream of moving the family to America.

Demetrios and his brother George were the first to make the journey in 1947. Pete, Alex, and their mother later joined them. Not having enough money for their own passports, they shared one—both boys in a single picture. Demetrios cherished this passport for all the decades of his life as a prized possession. When they arrived, Demetrios was 17 years old, 5’10”, and weighed only 117 pounds. They settled in Birmingham, Alabama, as they had a close family friend there who they treated as an uncle. This uncle gave the boys employment in his restaurant. Demetrios was told he could drink as many Coca Colas as he wanted, so long as he never stopped working. He would sometimes drink upwards of fifteen Cokes a day! He often laughed when telling his grandchildren that within the first year of being in the States, he had gained 60 pounds.

In Birmingham, he received the opportunity to learn English, as he did not know a single word prior to setting foot on U.S. soil. He studied under his teacher, Jeanette Piper, whom he continually remembered with gratitude throughout his life.

Shortly after, Demetrios enrolled in the United States Army, where he served as a cook. Little did he know that he would have a lifelong career as a chef. In the military, Demetrios trained amongst his peers. Within his unit was a Turkish man of the same age. They defied the stereotype of history’s past and treated each other as brothers, understanding the other’s background and culture. Demetrios loved his home country, but he was beyond proud to be an American. After God and family, patriotism was incredibly important to him. He always said, “I am an American-Greek, not a Greek-American.” He was a member of the American Legion for 69 years, and one of his favorite charities was the Disabled American Veterans.

After serving in the military, Demetrios and his brothers were presented with an opportunity that shaped their lives and those of all their descendants. A family friend extended the offer for the boys to manage and own their own restaurant. They took his offer and, in June of 1955, Demetrios, along with his mother and brothers, moved to Winslow, Arizona. He and two of his brothers co-owned and managed the Falcon Restaurant on Historic Route 66 for 43 years. Demetrios was an exceptional chef. In addition to cooking at the restaurant, many solicited his culinary skills to prepare meals for special events, which he never accepted payment for.

It is tradition, in Demetrios’ village, that a new bride holds a baby boy before she enters her new home. Unbeknownst at the time, Demetrios (who was 10 months old at the time) was handed to his future mother-in-law on her wedding day. 27 years later in the United States, Demetrios and his beloved wife, Katherine, were match-made—he being in Arizona, and she being in New York. They were married on October 19, 1958. While not knowing each other while in Greece, Demetrios and Katherine’s grandfathers were neighbors in the mountain village of Pigadi. Both grandfathers were named Demetrios. Being visited by St. Demetrios in a dream, they found the ruins of his church and re-built it by hand, where it still stands to this day.

Demetrios loved the Lord with all his heart, and was a man of prayer. He read scripture daily, and one way he shared His love for God was by handing out Christian pamphlets to any and all who crossed paths with him. To say he loved to read is an understatement. Being self-educated, he was a walking encyclopedia, having an answer to every question about any given subject. For this, he became the go-to for many people searching for answers. Demetrios’ own love for knowledge and reading resulted in a library of over 4,000 books. He took pride in his library, cataloguing each and every book by date of purchase, price, subject, and sub-genres.

Although Demetrios spent countless hours in the restaurant, he always made time for his family. As a devoted husband and father, he enjoyed taking the family on drives throughout Arizona and attending his children’s activities.

Demetrios loved all and never said “no” to anyone. He was filled with love and compassion for his fellow man, teaching his children and grandchildren to “love the sinner, not the sin.” His prayers before meals at family gatherings always ended with, “Lord, help us to live simply so that others may simply live.” He was a shining example of generosity and virtue; his lessons live on through those he touched.

He was preceded in death by his sister Stamata, mother Konstantina, and brothers Alexander, Pete, and George Kretsedemas.

Funeral services are private, though Demetrios had many friends and loved-ones to share this memorable time with. In lieu of flowers, the family requests memorial donations be made to St. Katherine Greek Orthodox Church: 2716 N. Dobson Rd. Chandler, AZ 85224. 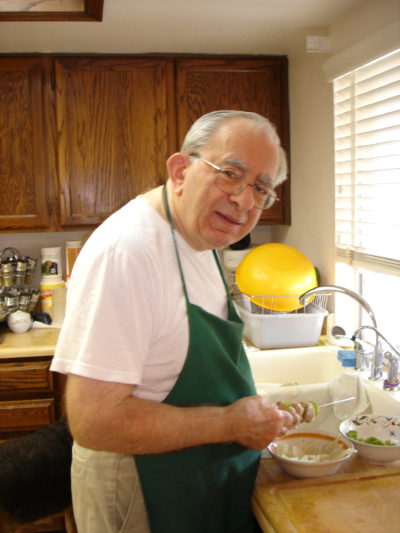 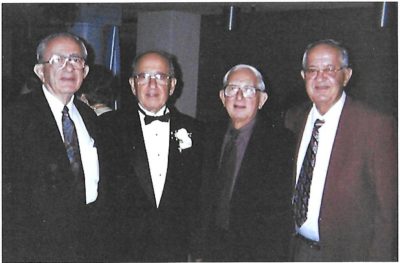