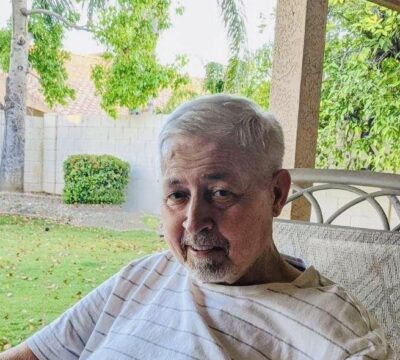 David Michael Cummins passed away peacefully surrounded by family and friends on Monday, June 13, 2022.  He was born in Biloxi, Mississippi to the late Jessie H. Cummins and Mary M. Cummins.  He was the eldest of six siblings.

Since his father was in the Air Force, David attended Catholic schools in numerous states and foreign locations. In 1966, he enlisted in the US Marine Corps where he served in Vietnam in the 3rd Battalion, 1st Marine Regiment.  He was awarded two purple hearts before leaving active duty in 1969.  He continued to serve his country in the Marine Corps Reserve and Arizona National Guard.  After his active military service, he worked for the US Postal Service in Biloxi and as an American National Insurance agent in Chandler, Arizona.

David is survived by his wife of 33 years, Patricia Pertuit Cummins, two brothers and a sister, Jessie Jr., Alan Dale, and Judy Peterson. He was predeceased by a sister Terri Stanley and a brother, Stephen.  He had three daughters from a former marriage, seven grandchildren, one great grandchild and their families; as well as, numerous nieces and nephews.

David was a loyal New Orleans Saints fan, and a proud former Marine, who enjoyed hunting and being with his family.  He was lovingly known to his extended family as “#1”.  He will be greatly missed by all who knew and loved him.