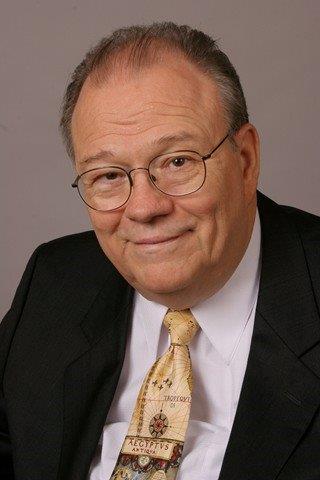 Conrad Arthur Roskelley, 75, of Chandler, AZ passed away on Jan. 12th, 2017 surrounded by family. Born in Preston, ID on February 7th, 1941 and raised in Logan, UT, he was the son of Arthur Franklin and Wanda Peterson Roskelley, Conrad was the youngest of three children. He is survived by his sisters, Arlene McDonald and Renee Schiess (Dean) of Scottsdale. After sustaining a critical swimming injury in 1958 while vacationing with family in AZ, Conrad beat all odds by living 59 years as a quadriplegic. Beginning at a young age, Conrad was admired for his friendliness, optimism and sense of humor. Following his injury, Conrad designed and built a custom van that was part Chrysler Imperial and part bread truck. Known as the Blue Goose, this vehicle became his mobile office, complete with a custom elevator and sitting area for clients. His motto, “Have Wheels Will Travel” allowed him to be a highly successful agent with Farmers insurance. After moving to Arizona in 1972, Conrad continued his career by becoming one of the first Certified Financial Planners and expanded his practice to include investments and tax planning. Conrad loved Ham Radio (K7QCZ), serving and teaching in church, and gardening. Conrad is preceded in death by his sweetheart of 28 years, Valory Richards Roskelley and granddaughter Madison. He is survived by his sweetheart of 19 years, Louise Kafton Roskelley and his 23 grandchildren from his 3 biological and 5 step children: Alyson Roskelley (Ray), Jared Roskelley (Karlie), Corynn Payne (Cameron), Josh Jacobson, Tim Jacobson, Brian Jacobson, Ginger Childers, and Laura Goodyke. Services will be held on Saturday, January 21, 2017 at 10am at the LDS Church Building at 800 W. Chandler Heights Blvd. Chandler, AZ 85248. A viewing will be held on Friday January 20 from 6-8pm and 1 hour prior to the funeral. Arrangements are being made through Bueler Mortuary in Chandler, AZ.