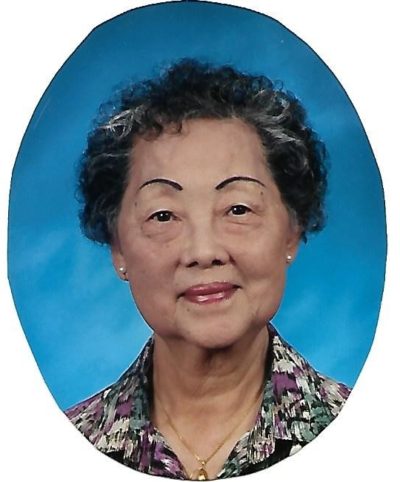 Ann Lin Wu also known as Lin Chung K’eng was born on February 6, 1921 in Gulangyu, Xiamen to a close-knit family of 9 children (2 older brothers, 2 younger brothers and 4 older sisters). She was very close to her two younger brothers,
Chia Tse Lin and Chia Ming Lin. They spent many happy childhood days playing and exploring their hometown.

At age 19, she graduated from Amoy Girl’s Middle School in Kulongsu, Amoy, Fukien in 1939. This was considered her high school years.

In 1940, Ann went to Shanghai to attend Shanghai Union School of Nursing. She studied nursing from 1940 – 1943. March of 1943 saw Ann graduate from nursing school with a Registered Nurse license. During her time at nursing school, her mother passed away from a stroke. Between 1943-1949, she went to Beijing, where from 1944 -1949 she worked in the National Center Hospital for about 5 years. In 1949, Ann went back to her hometown of Amoy. Before December 1949, Ann, her father, older sisters, and younger brothers immigrated to Taipei, Taiwan from Bejing before the Communist took control of mainland China.

In 1952, Ann left the Provincial Women’s Hospital where she had been working to transfer to the newly opened American Naval Auxiliary Communications Center (NACC) hospital. From 1952 until May of 1965, she was Head Nurse at the U.S.N. Hospital and Dispensary in Taiwan.

While working at the U.S.N. Hospital, Ann met Don T. Wu in 1959 through a mutual friend that worked at the clinic. They began dating and in 1960, they were married in an Episcopal Church in Taipei. They celebrated this happy event with their friends and family gathered around them wishing them well.

On March 13, 1963, Ann and Don had a baby daughter that Don named Mary Ann for their good friend Mary Butero and Ann, his wife. The baby was an unexpected blessing to their lives.

In 1965, Don retired from government service overseas and decided to move his family back to the states and they settled in an apartment in Bronx, NY. They lived there for about a year. Then they moved to Jackson, NJ in March of 1967. She spent those years being a housewife and devoted mother. On February 14, 1988, she lost her beloved husband, Don to cancer. Ann stayed on in New Jersey until 1997 when she sold her house and moved out to Arizona to join her daughter.

Since moving out to Arizona in 1998, she has lived in South Scottsdale with her daughter and then from 2005 in Chandler with her daughter, son-in-law Fred (Jesse) and granddaughter Mei Lin.

She passed away peacefully on October 4th, 2018. And will rejoin her husband at the Veteran’s Cemetery in Phoenix, AZ. She created many fond memories with a lot of you and loved you all. She will be deeply missed by family and friends, but she is in a better place with no pain and no tears.