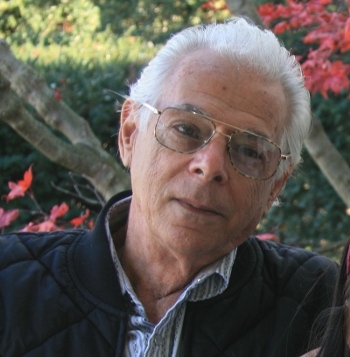 Albert “Al” Samuel Bartolucci, 80, was called home by his Lord and Savior, Jesus Christ, on the morning of April 30, 2017, at the Chandler Arizona Regional Hospital.  Al was born on April 9, 1937, in Buffalo, New York, to the late Louis and Petrina “Peggy” Bartolucci. He was self-employed most of his life and was the owner-operator of Raindrop Pool Service in Chandler. He married Patricia “Pat” Bartolucci on May 27, 1961 and they had a son, their only child, Tony, in 1963. In 1974 he moved the family to Arizona from Buffalo. Al was unique in the finest sense of the word. He had a tremendous and often quirky sense of humor; a kid at heart in a grown man’s body. He was a gentle peacemaker (Matthew 5:9) who went out of his way to help others, telling them that his kindness was due to his love for Jesus Christ who transformed his life in 1980.  Al is survived by his wife of 56 years, Patricia, their son, Tony, daughter-in-law, Lois, his sister Janet Mazurek, and several nieces and nephews. He joins his beloved granddaughter, Giana Marie Bartolucci, who entered the presence of Jesus at age 14 less than one year ago. A memorial service with reception following will be held Thursday evening, May 4, at 7:00 pm at Antioch Community Church, 1125 N. Dobson Rd. Chandler, Arizona 85224.  In lieu of flowers, memorial donations may be made in his name to The Gideon’s International (www.gideons.org) or to the Giana Marie Bartolucci Memorial Fund, c/o Clarkson Community Church 8339 W. Ridge Rd. Brockport, NY 14420 (Checks payable to CCC or donate online at www.clarksonchurch.com).