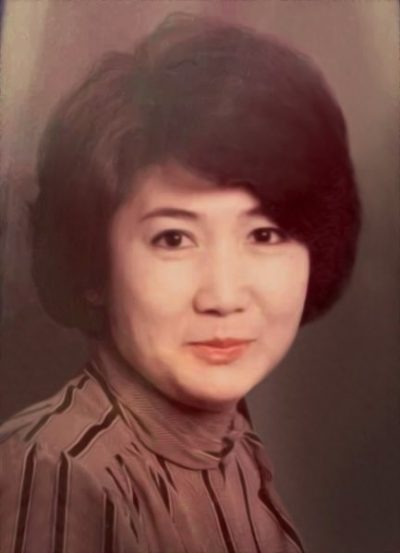 Mrs. Agnes De Vera Gimenez, age 76, died at Mercy Gilbert Medical Center in Gilbert, Arizona, on Friday, January 24, 2020. The cause of her death was organ failure caused by Non-Hodgkin’s Lymphoma.

Born on September 29, 1945 in Manila, Philippines. She graduated from University of Santo Tomas in Manila, Philippines with a Bachelor’s of Science in Nursing. Agnes began working as a corporate nurse at Manilabank in January 1966 where she met her husband of 53 years, Rey “Boy” Gimenez. She eventually acquired a managerial position in the personnel department before leaving Manilabank in 1979 to move to Carson, California where they raised their two daughters Annabelle and Anna Liza.

Agnes was well rounded and exceptionally skilled as a clinician and a business woman. Among her most memorable place of employments were Los Angeles Children’s Hospital and Long Beach Memorial Hospital NICU in California. After moving to Glendale, Arizona in 1990, Agnes became the Director of Nursing at National Medical Care (NMC), now Fresenius Dialysis, in Sun City West. Agnes and Boy retired in 1996 and moved to Las Piñas, Manila in the Philippines. While in retirement, Agnes and her BF Resort best friends established Aloha Arithmetic Franchise for two years. Subsequently, she and her Manilabank best friends established an agency providing nurses recruitment services to clients in the United States. Agnes facilitated the hiring of eager and hard-working Filipino nurses in the America, providing them with the quality of life they all strived for.